There is nothing more powerful in this world than a determined Michelle Yeoh. In the prologue to this film, arriving rain drenched to some fancy London hotel whose staff refuse to acknowledge her reservation, you wonder how these men are not rendered dead under her gaze. She has a better way to exact revenge though, and one phone call to her husband finds the hotel brought out from under them. She owns it now.

Twenty years later her son is living a life of mostly quiet anonymity in New York, dating an economics professor who remains oblivious to the fact that he seemingly comes from one of the wealthiest families alive. You can imagine the hijinks that will ensue when he takes this American commoner back home to meet the family before his best friend’s wedding.

Like, literally you can though. I guess wherever you go in the world privilege is always going to beget privilege, and once you get money everyone’s priorities tend towards the same direction. Of course this interloper is some golddigging bitch, of course the elders aren’t going to approve of their unsophisticated ways and there of course will be those who are charmed by them given the opportunity.

Just as all the best romantic comedies though, it finds definition in its specificity and the goddamn bomb ass cast Jon M. Chu has put together here. Like, I have to put Michelle Yeoh at the top because she’s a literal legend and is completely untouchable in this joint. Awkwafina builds on her great year and literally every move she makes seems to be right. Gemma Chan puts in some real strong work in a somewhat underwritten sub-plot about her husband having an affair and leads Constance Wu and Henry Golding are pretty great on their own but outside their final scene together seem to exhibit pretty much no chemistry with each other.

Which, to me, seems to be a problem. The couple whose wedding they are attending get a single scene at the open before we see them get married. In that moment they build up a connection far more authentic than that of the two leads. It’s rough. When she complains at one point that all she wants is more time alone with him, I kinda wonder why. They’re fine together, but that’s it. Fine. After that exchange we cut to her having lunch with her best friend, she has far more fun with her. It’s like they just forgot to give her beaux a personality or anything, he’s dependable.

But who can depend on him is the big question. He’s the family’s heir, will he give it up for his one chance at true love? At least the film has the decency to make the conflict human. This family has no problem accepting the flamboyant gay cousin, he’s family and you look out for those. It’s how you stay safe, its how you stay strong, it’s how you keep the capital from escaping into the lower classes.

The film perhaps don’t go as far as I’d like it its criticism of the 1% of the 1%, it’s certainly not above depicting their outrageous expenditures but it usually only does so under the guise of taste. When they helicopter out to a rented cargo boat for a bachelor party it’s bad, but when the groom and best man fuck off outta that and take the helicopter to have beers on a specially constructed bamboo raft floating in some far flung and idyllic lake it’s a good cool thing to do.

I dunno, I probably shouldn’t hold my hatred of capitalism against the film, but you’d think an economics professor might have something to say about the situation being thrust upon her. Maybe I’m just boring, a film in which the heir is seduced by a radical Marxist who’s convincing him that he needs to radically redistribute the family’s wealth would slap for real though. I’d also like to be rich.

Let’s not overlook that this is the first entirely Asian led Hollywood blockbuster in over twenty years. That’s dope. I’m actually trying to remember now the last time I saw a romance with an Asian lead at all and I can’t remember and there’s so much in here that’s tenderly, lovingly, mockingly realised. Stereotypes at play that as so ingrained as to be second nature to the intended audience, but only glimpsed most of the time in media that will regard them as the other.

Here the gossipy aunts, overachieving siblings, social media socialites are seen complete. Photographed with understanding of what their inclusion in a picture means. That’s the true triumph of Crazy Rich Asians, and it’s why we need more films like it. 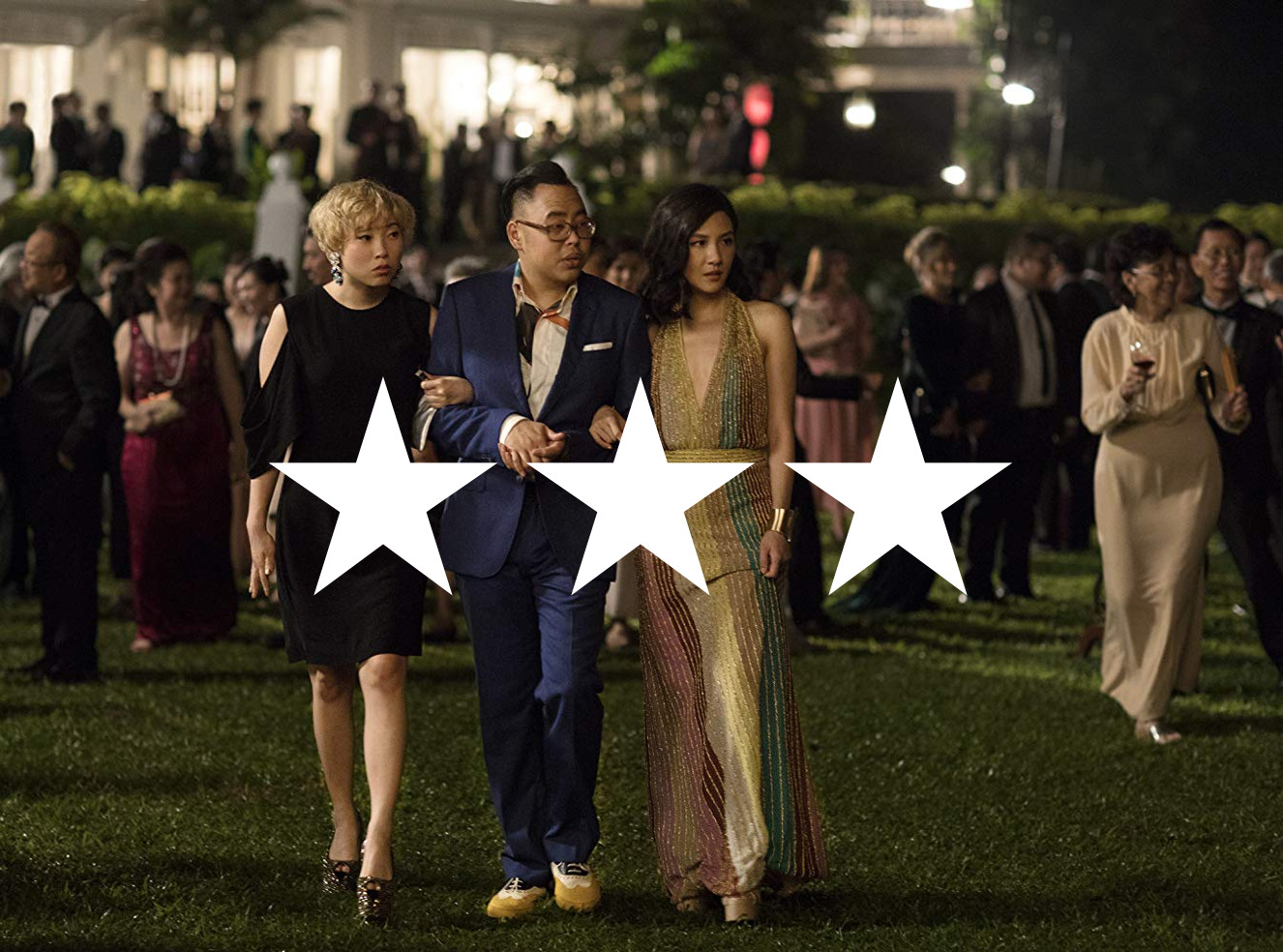