Annihilation Review – Too many ideas, too much talking

Annihilation came out on Netflix over here and my internet is proper bad. My computer on a desk slightly too small for it in a room uncomfortably large right at the edge of the where the wireless over the other side of the house reach. It’s hit and miss usually, I get lucky and the image comes across mostly pristine, I don’t and I’ll just settle in watch a few episodes of Brooklyn Nine Nine because y’all don’t need super high definition to appreciate Andy Samburg’s face.

Paramount apparently sold the international rights to the feature after test screenings gave then the notion that the joint wouldn’t connect with audiences. As though you wouldn’t be able to tell that from the script. The film staggers between the mundane and the obscure. Scenes in which the actors suffer through mountains of exposition run directly into moments of sublime, unexplained weirdness that impress not upon the plot but the mood of the thing.

We should probably be praising Paramount really, they’re the ones who’ve been taking these bizarre risks in their projects over the past three years. It’s not their entirely their fault that they’ve all been unapproachable (or just plain bad) you’ve gotta appreciate the mad lads who take a risk on a heady, ideas-driven, Tarkovsky-inspired, adult science-fiction-drama. And one that’s headed up by five women at that.

Natalie Portman is a biologist and lecturer who is surprised when her missing (presumed dead) husband appears unexplained in her house, seeming to have lost his memory and most of the time he was absent. Even more so when he starts having a seizure and shady men in black kidnap them from the ambulance en route to the hospital. It turns out he was a part of a squad to enter Area X, this zone around a meteorite impact where the world started fucking up to identify the source of the corruption. The only way for her to save him is to volunteer as a part of the next team to enter and purge the infection at its core. 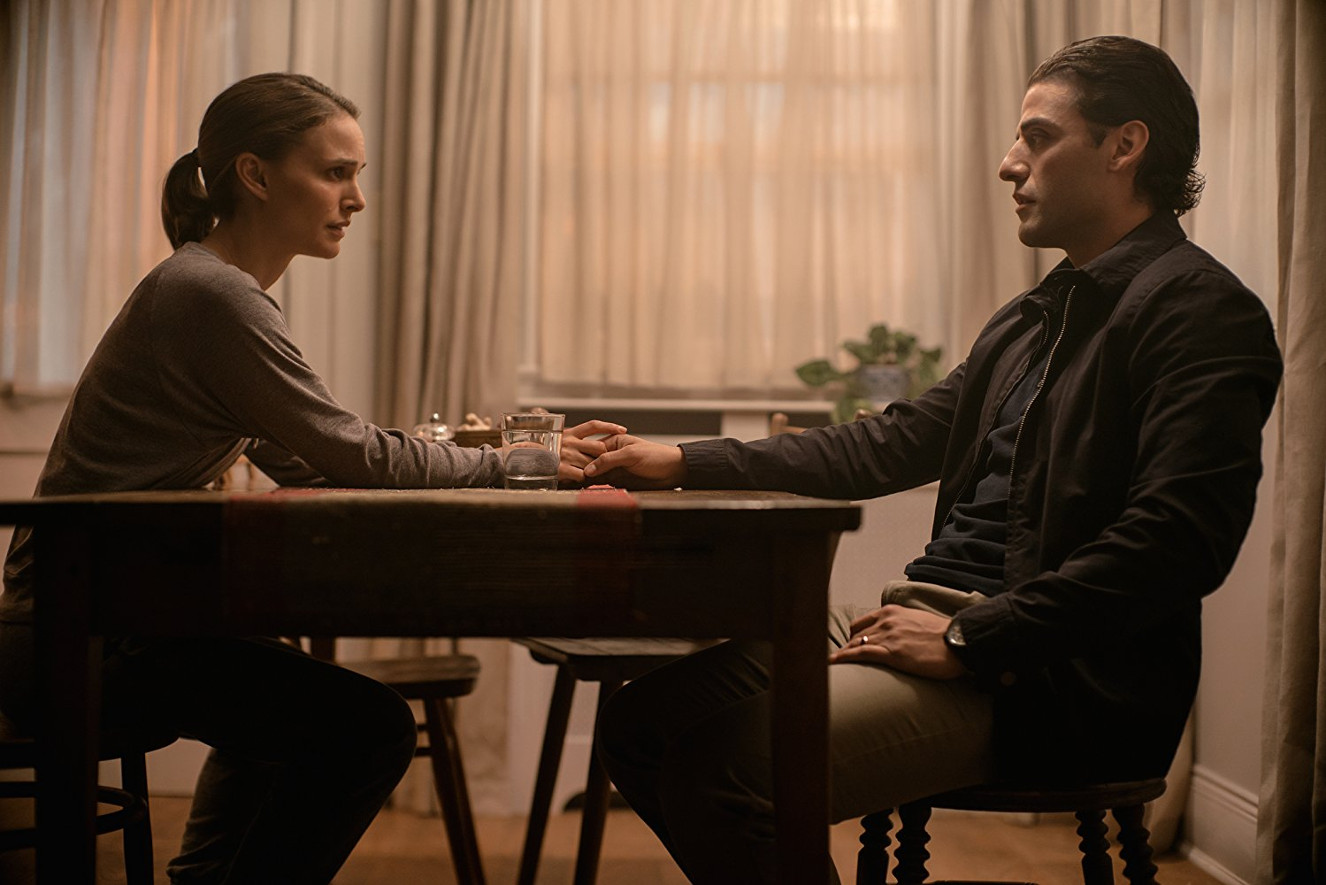 She also might have been having the world’s most boring affair with David Gyasi in a superfluous seeming B-plot which probably has some deeper conceptual attachment to the material that I be missing. Mostly it feels like an attempt to inject emotional stakes into a plot that was doing pretty well without them. Like our lead’s motivation has to be boyfriend troubles because y’know, women right?

That’s a bit of an unfair assessment when there’s four other super-talented actresses who get to own their characters on screen. I ain’t dismissing Portman, she’s great but her material is a variation on wounded, grieving, determined woman under pressure that exists and exists and exists. Jennifer Jason Leigh leads the expedition, there’s also a physicist (Tessa Thompson, who’s been amazing for years now and just needs someone to give her a chance at headlining), a geologist (Tuva Novotny, a Swedish actress whose work I am sadly unfamiliar with) and a paramedic (Gina Rodriguez, who was great in Deepwater Horizon even when she weren’t given literally anything to do). They make up the ragtag team, attempting to be the ones to succeed when all others failed.

There’s a scene between Portman and Novotny early on that demonstrates what the film do when it fails. They’re discussing why everyone else would have applied for what was effectively a suicide mission. She lays out, a line for each character, their tragic backstory and the driving force of each of their driving psychologies. After that scene there is nothing to be revealed about these humans, nothing about them will surprise us because we were gifted the cheat sheet for this shit.

Later on another character will stab a guess at why everything beyond the veil has gotten so messed up. Performance and film take this as a revelation but the explanation isn’t there, it’s a reiteration of everything that the film had been showing us up until that point. There’s such a devotion to the dialogue in this flick, but more than anything I just want most of it to get gone.

Because when the film shuts up it produces these wonderful, inexplicable images. I’m talking the SD card scene, the swimming pool, the search for a body, the abandoned town, the night attack, and just all of that last twenty minutes. Alex Garland can create this world of wrong, a sickly, disorienting space that manages to conceal its terrors in brightness and foliage and incomprehension.

See, even though its shape annoyed me, and I watched in a resolution that varied from fine to jpeg nightmare it left me troubled. There is enough disease lingering in its pores to get at you even when it is disguised behind craft and beauty and these characters who get in their own way. It is as smart as it needs to be, and knows the plays to hit.

It’s too jagged to be a masterpiece and it takes the comfortable way out too often to be recognised as something singular and abrasive. It’s like the murky middle ground of a movie, which I can’t fucking believe that I’m saying about something that ends like this. It’s just a function of the genre though, science fiction lets the madness be front and centre. There’s things as shocking to be found in reality everyday. But the film’s kinda about that too, it’s just trying to be more poetic about it, wish that it could just trust its meter.

Annihilation is currently available to stream via Netflix in most areas.