I guess if this were being produced a decade ago, you’d expect a comedy about a group of parents trying to stop their teenage girls from getting laid would be gross. Not in a normal sex comedy way but in a weird patriarchal way. I’m trying now to think about what else was going on a decade ago but female led comedies never really found their place in the Apatow family until Bridesmaids. Even then there’s a level of security that comes from Kristen Wiig, Melissa McCarthy, Amy Schumer all being grown adults. Like we can trust them to not embarrass themselves because their messiness comes from a place of security.

Blockers works because it is totally aware of how fucked up its concept is and is engaged in a constant textual dialogue about the level of import society places on the chastity of young women. Kathryn Newton, Geraldine Viswanathan and Gideon Adlon are three highschoolers who, on the eve of prom night, make a vow to lose their virginity together. Leslie Mann, John Cena and Ike Barinholtz are the respective parents who cotton on to the plan and set off on a quest to keep their daughters ‘pure’.

I suppose the parents role here is significant, like the film that this one keeps getting compared to, Superbad, pretty much elides them entirely cos they are irrelevant in a film which ultimately is about brotherhood. Does it say something still about the infantilisation of young women that their equivalent story must be viewed with an eye looking through the guardians’ lens? Even more so that the film decides that it has to engage in ‘important dialogue’ rather than letting its story play out on unashamedly, letting that be the argument.

But then, we also gotta look at this contextually. The parents here aren’t just parents. Thematically, they are the arbiters of straight society, and embody the contradictions inherent in their worldview. I mean, it feels pretty important that the journey that these folks go on is one that delves into far deeper psychosexual waters than any of their wards. Sex is something that can get away from all of us, especially when you’re consciously reaching for something outside your comfort zone.

It’s also fun to look at how the film models consent. Both the adults and the kids find themselves in awkward situations at various times but it’s always the grownups, too hung up on their nervousness regarding sex, that end up putting themselves in positions of dubious consent. The kids, who are able to have an active and engaged dialogue with their partners and each other, and who base their relationships in mutual respect and understanding, are more than able to handle themselves. The foregrounding of good intention here is great, it’s a sex comedy with a passionate love for healthy exploratory sex.

The whole thing is a little undermined by its desire to give literally everyone an uncomplicatedly happy ending. Mostly because it decides that Leslie Mann has to be the one to get over herself and have a drink while her daughter gets it on, while the men get to resolve their issues in a more direct, even confrontational way and get to be the well meaning good dads who get to patch everything together just in the nick of time. The film can’t find it in itself to judge their masculine impulses, they never face the same emotional consequences as the sole woman there for their transgressions. It’s like, you just want a little more in those final moments, the bows are all tied a little too neat.

I realise I’ve gone on a while without properly talking aesthetics. It surprised me how chill the whole film was. Like, sure, I don’t think nobody could equal the same type of manic energy that Hill and Cera summoned up for every scene ten years ago. Here though, they’re not even trying for that same energy. It is so relaxed, not in a bad way, everything feels slightly languorous and off beat. Jokes that would have been landed with a nice button in a louder vehicle here just flow out of the characters with this almost rebellious casualness.

There’s never any screaming in this joint, it has the audacity to even stage a car crash and subsequent explosion as a piece of absurdist slow comedy, maybe it’s too much to say this is because the main stakes are purely emotional but there’s no desire on the part of the writers or director Kay Cannon to throw in extraneous jeopardy, it’s quietly delightful how relaxed the affair is. It’s small and it takes a fair share of time to linger on these moments of decency displayed by the characters. 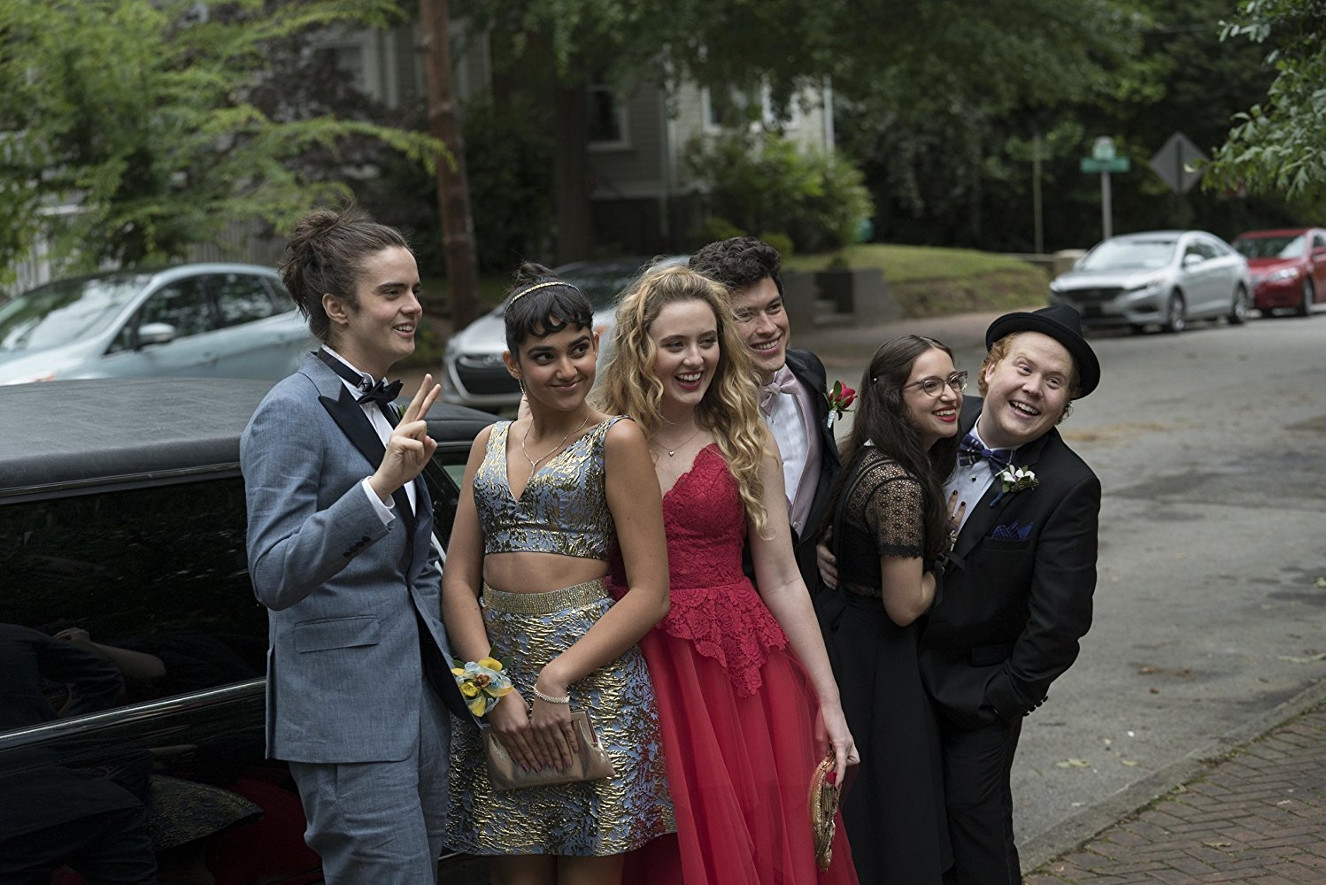 Speaking of, this is the first time I’ve been all in on a John Cena performance. He’s finally found a way to be on screen, and whatever acting classes helped him achieve this lovavble goof persona were worth it. We’ll have to see whether he can properly conquer drama before we know if he’ll be The Rock huge but he’s carved out a nice little comedy niche for himself.

Outside of him, I am fully committed to Geraldine Viswanathan and Sarayu Blue’s performances here as a daughter experimenting with being a rebellious teen little too late and her feminist mother. Neither is given a whole lot to do, but between them they get the most interesting (and some of the funniest) shit in the whole joint.

There’s also this dude Miles Robbins who turns up looking like a young Matthew Lillard and his character’s whole thing is that he makes the most delicious edibles imaginable. Don’t got much more to say than I just love that idea of a character, even if there’s literally nothing else there.

I’ll come on out and say it surprised me. Blockers is a straight down the middle good film. Running its time, knowing its audience, packing in more than a fair few laughs and if it doesn’t articulate its message with perfect artistry it does a swole job of laying it out there. Not a masterpiece sure, but a real fun fucking time.