So this is what happened to all the tightly constructed thrillers that we used to have twenty years ago. They just became the Funny Movies. Like, since the original Hangover they’ve both been cribbing from the same playbook, except instead of waking up with a cadaver and whatever local mob boss gunning for you, it’s just replaced with a series of spiralling comic hijinks. Game Night even draws up its own convoluted web of organised crime, shadowy masterminds who ain’t all that they seem, hard pressed paranoia. The only thing that makes it a comedy is that it’s about the Funny People.

The basic setup is that the insecure Jason Bateman, along with his wife and friends, are participating in an elaborate treasure hunt/interactive ARG organised by his wealthy older brother, played by Kyle Chandler. Things go off the rails when the brother is kidnapped for real by a pair of mysterious cons while the rest of the party believes it to all be part of the fiction.

So the film owes a debt to two of the less successful films of the nineties, David Fincher thriller The Game and Jon Amiel comedy The Man Who Knew Too Little. They’re both films about living theatre, characters getting unwittingly caught up in situations of dubious reality. Examining how they react to the sudden arrival of the unexpected in their lives. But for the similarity that we be seeing here, the difference in perspective that we adopt twenty years later is striking.

These films of the year 1997 are all about the impracticality and impossibility of constructed realities. Their absurdity, or drama given that drama always requires an element of the absurd, is a generation of how a living character exists within a fiction. The art that they create is impossible, prohibitively expensive and that human nature is so predictable it resolves to recognisable forms. Unable to sympathise with these characters the films draw our attention to the world that they move through, the grand joke is essentially that through their experience they become fundamentally unable to relate to the real world. It’s why the ending of neither film quite lands. 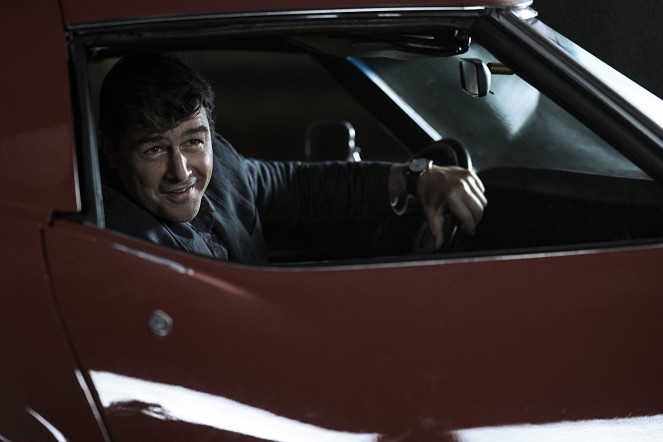 But Game Night approaches the same setup from the eyes of the players. These are a group of grown adults who regularly meet up to play board games and that’s just a normal thing to do now. The managers at my work display the trophies that they got playing escape rooms together. Punchdrunk are an internationally known theatre company and the Chuckle Brothers got to pretend to be hitmen in a Square Enix marketing campaign. We’re all nerd trash enough nowadays to have had this experience, we get to be on the inside.

So this isn’t a film about playing the game, it’s a film about breaking it. This big old empowerment fantasy that celebrates knowing the moves, celebrates being ahead. The cast are split early on into three teams: supportive confident husband and wife duo Jason Bateman & Rachel McAdams; adorably bickering couple Lamorne Morris & Kylie Bunbury; and stupid guy and smart girl on a first date Billy Magnussen & Sharon Horgan. All these folks are so cute, even when they’re arguing and pissing each other off there is a supportive warmth to all the characterisations here. These is good people, and heck they all love each other

So while we’re preparing to watch some It’s a Mad, Mad, Mad, Mad World type caper the plot swerves remarkably early and our leads get one step ahead of the game, they realise that it ain’t no game at all. So why compete? But also, they’re having fun, why stop playing? So it resolves down into a cute group of loving supportive friends fighting the forces of evil in order to save one of their own. 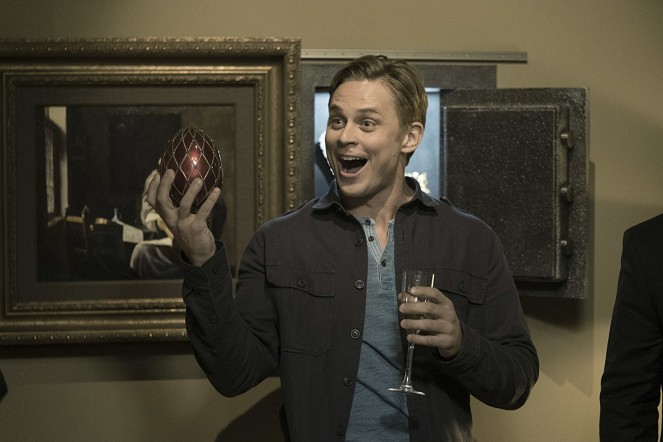 I’ve struggled for a lot of my life in trying to build friendships. It’s never came all that easy to me, I’m asocial and don’t communicate well and have a hard time letting myself feel a part of things. I’ve recently fallen into a people who I can find all of that in. Maybe it’s a vulnerability thing but whatever was holding me back for so long has gone. We play board games together most weeks, I can go a whole evening without freaking out and needing some time alone.

Game Night sorta lowkey gets that, all the interpersonal conflicts derive from a lack of connection, a lack of understanding. The one that the plot dedicates the most time to is that of a recently exiled member of the characters’ game night played with a delightful awkwardness by the soft man Jesse Plemons himself. There’s this whole beat that it goes on about how our leads are being super lame when they judge this guy for his manner, because he deserves acceptance as much as anyone else, even when that might involve more work on their part.

John Francis Daley & Jonathan Goldstein didn’t really need to make as warm hearted a film as they did. You can feel some notes of it at the beginning, a little cynicism, this uncertainly about how to approach the material. There’s some ill advised tilt shift photography accompanied by some of the wildest colour grading I ever seen. They landed on something that feels really honest, full of actors who feel like they’re totally in sync with each other and the mood of the thing they’re in.

There’s a lot of shitty comedies come out about shitheels, it’s nice to see one about the nice guys.

One thought on “Game Night Review – Everyone wins”