It’s immaculate. Always is, always was going to be. Since Paul Thomas Anderson started working character studies he’s been tailoring his films for his actors. We’ve just come off of a couple of Joaquin Phoenix films, those run looser. The man feels like he’s barely keeping control and the performance develops these unexpected shards as he murmurs his way through the dialogue. His work with Daniel Day-Lewis is something tighter, it’s solid and restrained, knowing itself as intimately as the celebrated actor does his characters.

Lewis can be hit or miss for me sometimes, as studied as his performances are he always seems to end up with the same faces. That head tilt with a raise of the eyebrows and slight lean in, the evasive glace followed by a clenched jaw in repose, that little exhalation that all his characters do. His performances often read to me as satires, he adopts and repeats these specific mannerisms to expose the cultural vapidity of the situations he’s stuck into. His characters more concerned with concealing everything inside them so as to gain societal acceptance.

He has the power and authority to carry a whole film, and only let you see the truth for a few minutes tucked away in there. He works or he doesn’t based on how the film handles the style. I was hearing somewhere that Paul Thomas Anderson had collaborated with him on the concept before writing the screenplay. If that’s the case then we can start to appraise it as something a little more personal from the actor who likes to retreat into roles.

It’s made pretty easy to pick on the pieces. Lewis plays Reynolds Woodcock, this 1950s high fashion dressmaker. He’s precise and obsessive and a more than a little temperamental. His life is his work, an occupation that he is pathologically unable to cool on. In that old fashioned romantic way his art is both a blessing and a curse. It makes him easy to love but hard to be loved. The film starts with him asking his sister to get rid of his girlfriend as she now presents more trouble than she is worth. 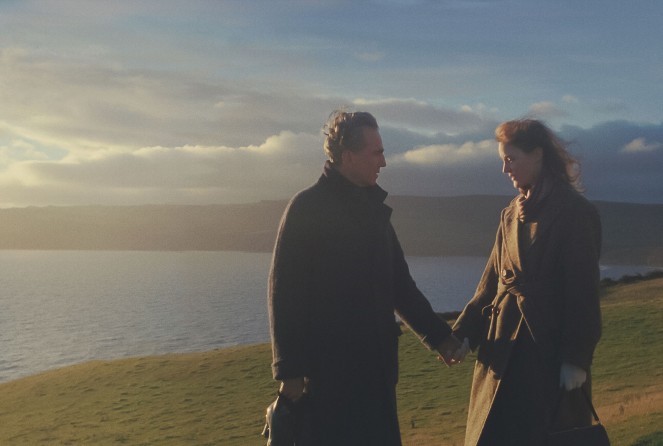 The sister, by the way, is Lesley Manville who is huge in this joint. She’s the manager of the operation, the one keeping everything in control when her belligerent artist brother is being trash. It’s probably tough playing against Dan because you know that everyone is gonna be necessarily comparing you. Must be hard for Dan too. But the couple strike this wonderful balance coming at each other with patience and power. It’s also real notable to be throwing these two very British powerhouses against each other because most of the play they have on and off each other is totally based on their manipulation of class.

That’s one of the cores of the film, what class signifies and how one operates within it to their advantage. Woodcock, after dismissing his girlfriend, goes on a trip to the country and immediately is picking up a young European waitress played by Vicky Krieps. She is whisked away to be his muse, his girlfriend, some additional help around the house. He’s allowed to do this, and content to do it because of his position in society. He’s allowed to act all weird if it continues to make a profit and keep them in high society’s good books.

The rest of the drama hinges on whether the relationship can work. It’s great because it’s not even concerned about whether it can work well, whether these two will ever make a functional couple. Their relationship is an abusive one. Like there’s no argument there, we go past banter within the first fifteen minutes, there is something about them that is fundamentally incapable of making it work. They’re fighting just about all the time protected only by their superhuman stubbornness. 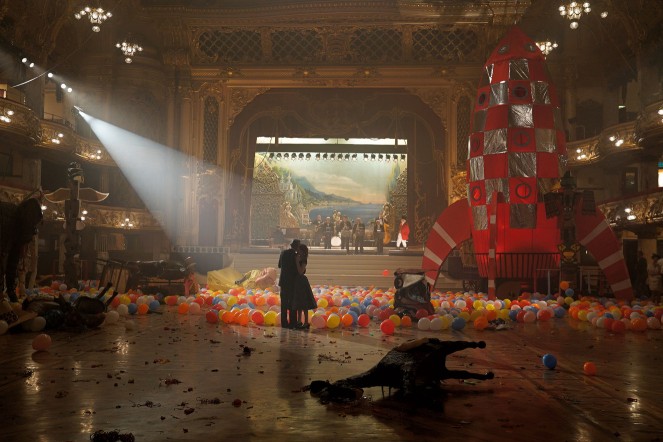 Not a romantic movie then. The treatment is more like those people who chat at you about compromise and patience because they’ve got everything figured out. That, but as told by a misanthrope who believes in the fundamental incapability of love. All that is left is what is suggested by a relationship, the appearance of the thing and the virtue of that in itself.

Feeling sort of a deconstruction of romance then but is there something to be said for these tales of powerful people fighting to get what they want, even if it makes them unhappy most of the time. How about their need to exist as individuals within each other’s lives? What about the role of art in all this, or Reynold’s position as one of the masculine coded patriarchs of a feminine coded world.

So what? Is dressmaking acting then, or filmmaking, or is it just about making dresses? Paul Thomas Anderson, working for the first time as his own cinematographer lights his long time costume designer Mark Bridges’ work gently and reverently. He lets Johnny Greenwood’s score sink deep into us letting us be swept through the rhythms that he chooses, and Dylan Tichenor’s relaxed, exacting editing.

All the pieces are there, but there’s no puzzle to be solved. Anderson has departed from his early days as a pop-postmodernist, lost the sensibility but kept the philosophy. There’s nothing to be learned from these characters here, they struggle through the whole movie barely being honest to themselves. He’s got a knack for that though, there’s nothing to be resolved his depiction of humanity but goddamn do he do it elegant. 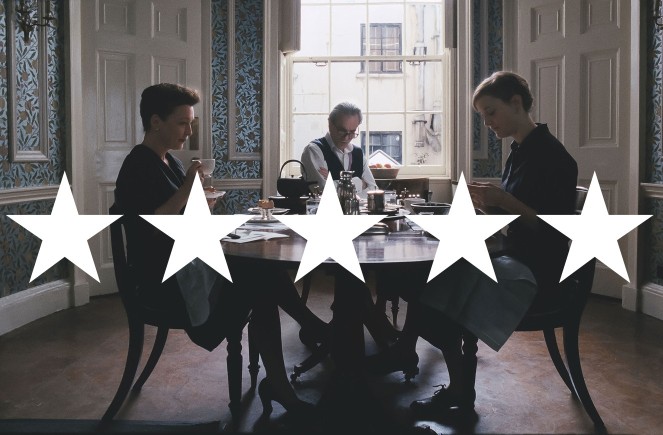