I didn’t see either of the other two Maze Runner films. That’s my own fault, the due diligence that I never bothered to perform. I was ready to go into the film ready to dismiss it, not in an asshole way, just a piece of YA-pop-trash arriving a couple of years after its time. To be fair, there’s a lot in there that feels painfully 2011. It’s post-apocalyptic, but with zombies, there’s a powerful privileged corporation, a ragtag resistance who may be ethically murky themselves and a tragic love triangle. It’s hitting all the cliché notes that it has to. But it did the one thing I was never expecting.

It cared. Passionately, about its characters and their story. About its world, confronting all the arguably derivative aspects of the thing with complete and utter and sincerity. Compare it to the fates of its contemporaries; a final chapter of The Hunger Games that vanished off the face of the Earth; that was unable to compel me, someone who liked the books and the other films to even see it. Or the Divergent series that is still assuring us that the direct-to-TV conclusion is still coming. Here Wes Ball and his team put together something that captivated me, someone who had zero comprehension of the series to date.

I can tell you what it did to people who did know. In my screening there was a group of young women sitting a few rows behind me, the crying in the final half hour of the joint was constant. Hell, even I got a little teary too. There’s just enough here to get. The story that seems ill structured and slightly unfocused actually hits this discordant rhythm. The weird bumps and shapes of this universe being metered out as grasping points for an audience that needs acclimatising to it. This massive superfluous opening sequence which totally don’t line up with the rest of the movie which is a heist on a sci-fi city.

You get pulled right through the thing by this cast who have had time to develop as actors. While the adult cast feel like they’re putting in pretty much what’s expected of them ,the movie shoots all of its leads as old friends, it emphasises time, lets it expand out. We are constantly in and out of action scenes and heavy exposition, but we are given these moments to feel the age that came as a side effect of the delayed production. 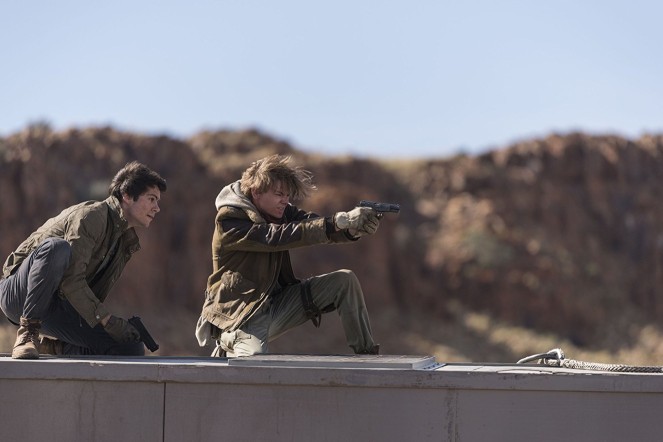 It adds something else to it, without the tight constraints of the series production schedule, these actors have had a chance to shape their identities outside the franchise. Might not mean too much but seeing say Will Poulter arrive given the evolution of his career feels somehow triumphant. They’ve all found definition outside these characters so their return is underlined. I didn’t see the rest but the feeling is palpable in the structure, everything here is about finding and going home.

I struggle to remember now, were all these YA series so obsessed with goodness? The struggle it represents is not one of purity or ideology, it is instead predicated on honesty and compassion and truth. Sure, they may be fighting an evil corporation which is literally called Wicked but the character stakes are concerned on personal redemption. Everyone is struggling with the acts of their past and putting them right. Whether that’s betrayals or failures or iniquities everyone is trying to make good.

The only real bad guys is the one who isn’t. But it’s strange this philosophy of the personal. It’s antiestablishment in the same way that all of this mode of fiction was, but in this strange libertarian way. The ultimate victory lies not in an exultation of society but a rejection of it. Following the whims of a people who wish to save only themselves and who sacrifice many people to ensure it. They even hold their own strange form of biological privilege which shields them from urge to search for societal good. 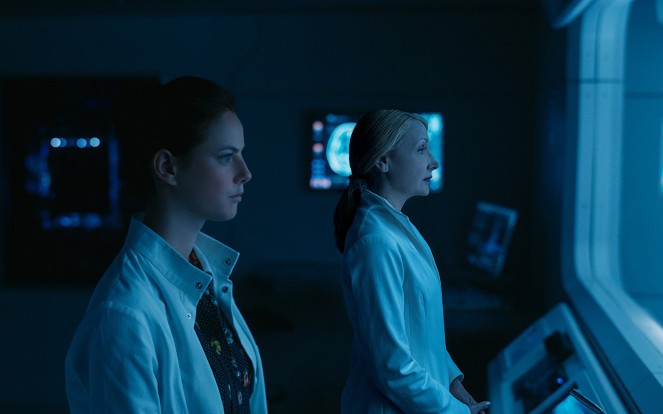 We highlight inequality here. The rich are the bad guys and their oppression of the lower classes has become militarised. Those fighting for change are deemed untrustworthy, they’re strange and venal. Revolution is inevitable but ultimately destructive. Is the system worth burning down when the cost of that burning is irredeemable? Or should we all, as our heroes do here, purely look out for ourselves because the very notion of society is rotten?

There is a point where a lead dies. The rot of society spread to him and he succumbs in agony and anguish. Everyone thinks they are special, thinks they can rise above where they were put, thinks they can be the ones who retreat from the Death of the world into some personal paradise. We are confronted with this horrifying and grotesque image of what happens when one realises that it is not the case. You can see this realisation that everything is wrong and that they have been fighting for the wrong thing all along.

It can’t reconcile that though, no matter how much it wants to. There’s a self-conscious interest in specialness that has defined YA literature of the 21st century. I guess this wave was a postmodern deconstruction of the concept of the ubermensch, those who destroy the world and end up retiring from it. We’ve never got past the tragedies though, they’re all personal, all singular. Remorse becomes a toy to be held because we cannot comprehend the lies that we were told and the deaths that they have led to. 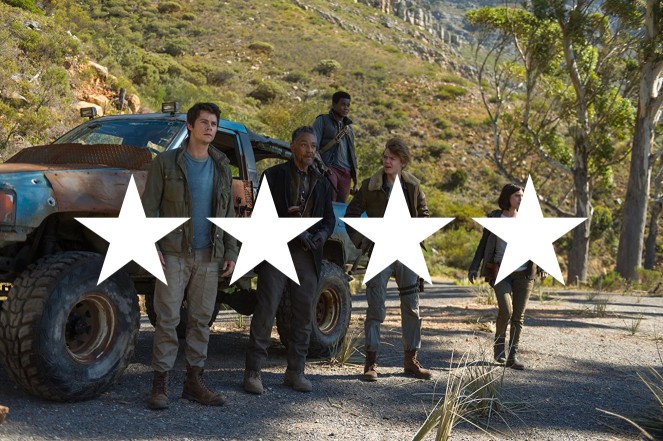