I am so fucking done with this type of film. Wahay, look at the excesses of American capitalism, aren’t they awesome? Look at this fucking white-ass guy with his amazing life, and his big house, and his much younger wife. He is so much better, more capable, more successful than you. Who cares if he’s breaking the law, in capitalism all you’re chasing is that almighty dollar so of course he’s justified. Watch as he outsmarts everyone around him, his co-workers, his family, the cartels, the American fucking government. They’re all trying to get a piece of the pie too so who gives a fuck?

Cos you know whose pie it is? It’s yours. It’s all yours so long as you lack decency, morality and good graces. Just take it. Your life can be fucking awesome, why isn’t it?

You know, I suffered through War Dogs last year, then Gold this year and five minutes into American Made I was thinking; ‘Well, at least it don’t have the same shitty voiceover all these movies have had since Wolf of Wall Street. Then Tom Cruise’s face appears monologuing into a 1980s VHS camcorder and it’s literally the exact same film over again. I’m sure in this one Cruise was flying his own planes in the action scenes or some shit but, you know, I seriously don’t care.

It’s not that I think these films are bad by now, I just think they’re fundamentally immoral. Like back in the day you’d have a Goodfellas (another Scorsese joint, he likes the material) and that would be playing in the tradition of the gangster flick. Like by 1990 you have a generation of storytelling experience to rely on, the baseline of which is that while the mob is possibly the coolest thing in the world: they’re also the bad guys, they’re fucking wrong and their lives are shit. 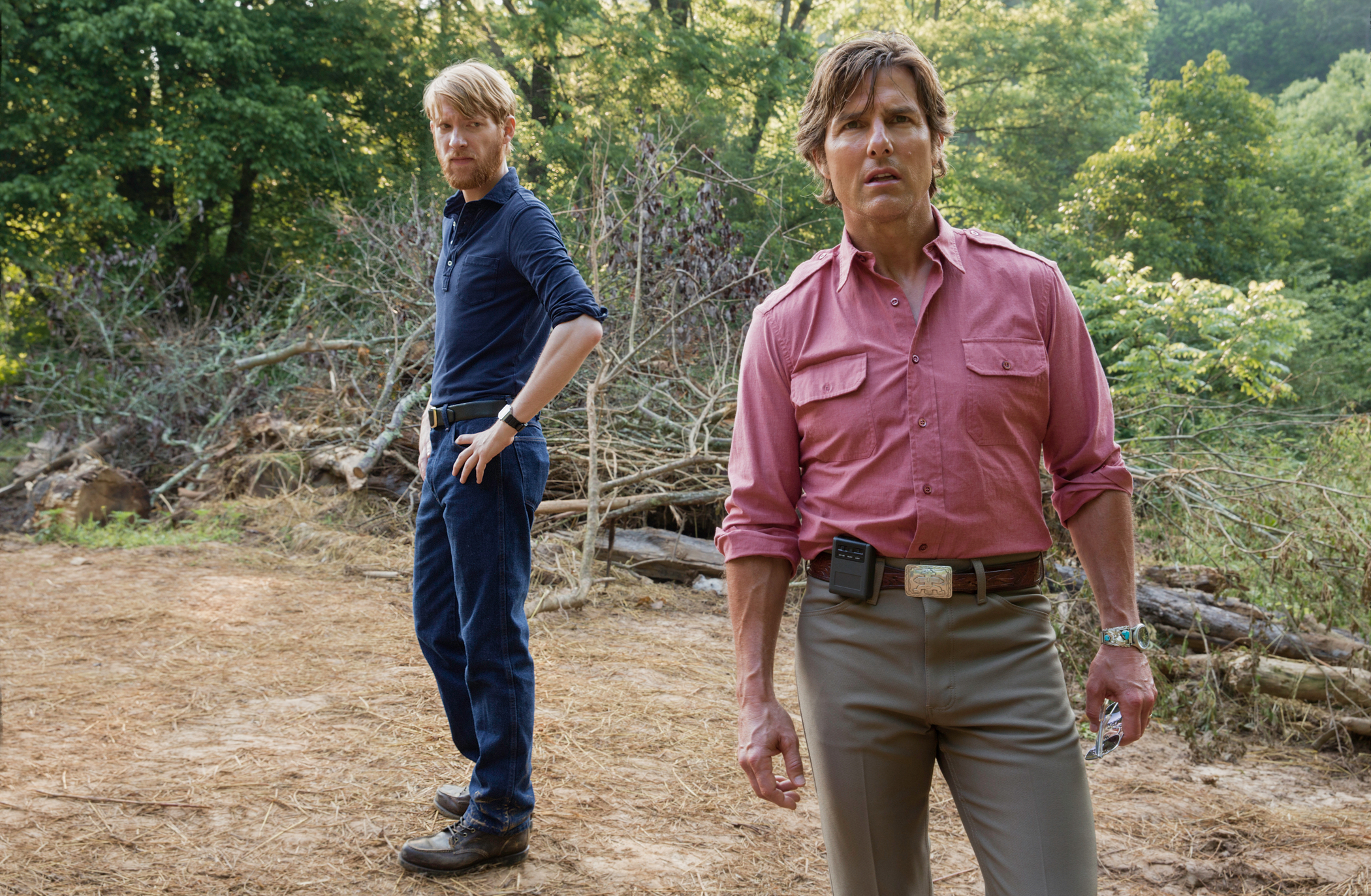 It’s no surprise that Goodfellas is set ’55 through ’80. When we look thirty years back now our sights get set on the eighties and the fucking yuppie Wall Street fat cats. You know who was dead thirty years into their reign? Mobsters. You know who’s still alive, older and whiter and more fucking powerful than they was back in the day? The yuppies, yeah cos they’ve been able to rebrand and market themselves and somehow, less than a decade after a massive economic crash people still love them.

They’re the enemy. They’re the fucking bad guys. Yet every six months we’re regaled with another deranged, late-capitalist fantasy of the simple country boy making his way up in the world. Those types who scheme and dream until one day they are thwarted by the sheer scale of their ambition. It’s never their fault though, no investigation is made into their greed, the blind eye they turn to the inequities in their wake (if this film was your entire schooling on Pablo Escobar or the mid-American Contras you would be rightly confused as to why these people were ever considered villainous). The blame is never our heroes’, their only crime is being as unashamedly human as it is possible to be.

Why aren’t there more systems in place to protect them? Tom Cruise dies at the end of this film. Executed, like Barry Seal was in real life. The film chooses to portray it as a tragedy, why if he didn’t have to attend the court mandated community service he’d still be alive. The film hates that, the film condemns it, it doesn’t for a single moment consider the role that he played in his own death. Otherwise he’d just have been an ordinary man, and there’s nothing that the film could hate more. 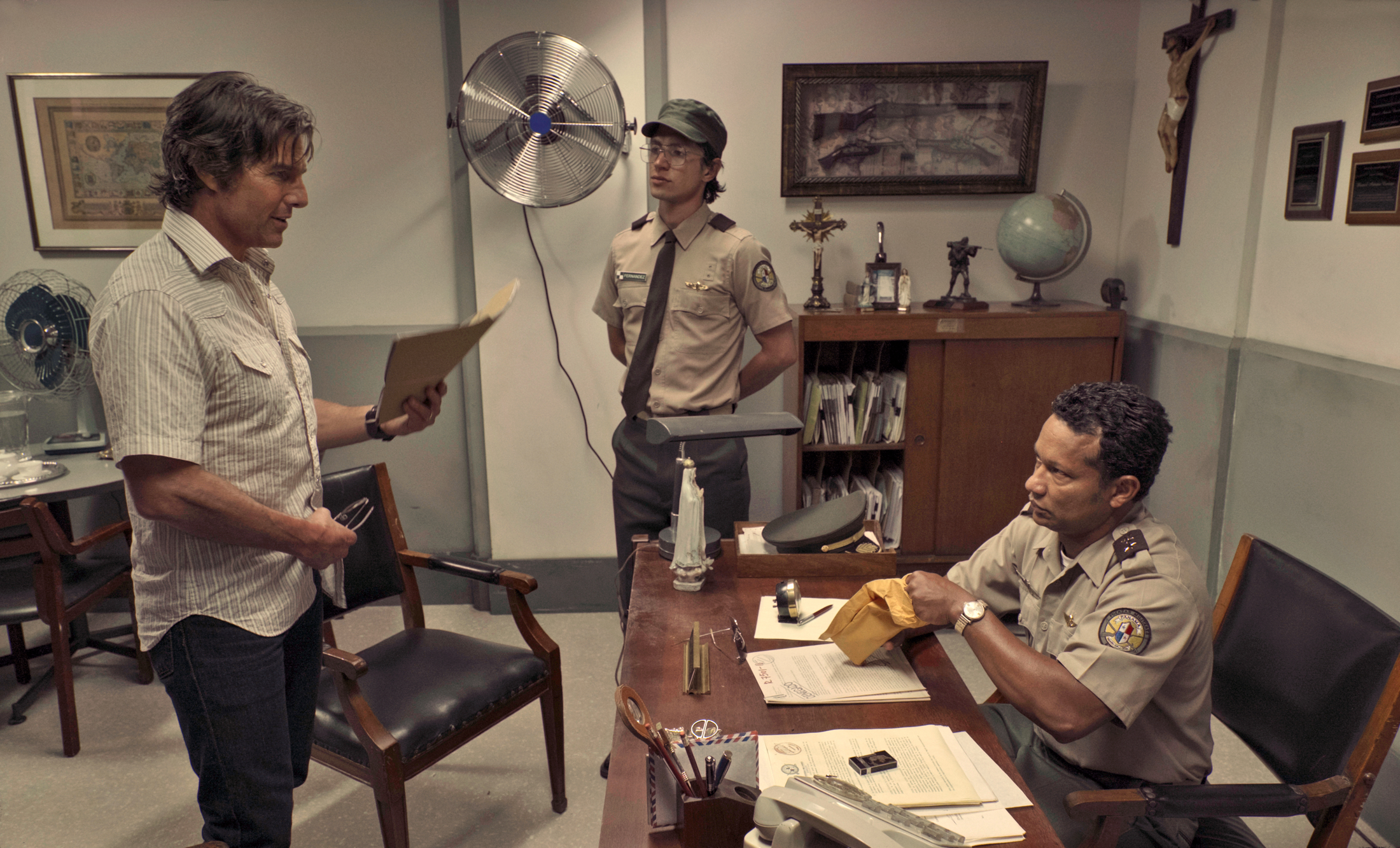 After his death it’s revealed that his wife moved back to their hometown. In the payoff to a goof set up earlier in the film she’s now a waitress at a takeaway fried chicken place. She serves customers with a smile. Somehow the whole weight of events seems to have sloughed off her, there ain’t no consequences to her dead husband’s actions. Why not? She’s one of the normal people, nagging wife, hysterical wife, demanding wife.

All these films hate women. That’s another thing. We ain’t never gonna see one of these movies that ain’t about a white man because there’s a certain level of privilege that you need in order to start getting away with this shit. Of course just about none of these joints actually take a critical look at the structures of power that are in place to enable their heroes, nah that’d be too complicated, that’d involve some slight measure of complicity. We can’t have that, fill our screens with venal men and tell us they’re the golden ones.

I can’t really put into words how disgusting I find these films. Tom Cruise is good in it, so are all the actors really. It moves along fast and is generally enjoyable. César Charlone’s cinematography feels live, although some of his creative decisions in the more poorly blocked dialogue scenes should have been left on the cutting room floor. Actually the thing as a whole feels overcut, there’s no space left for breath. It’s a deliberate choice, one that feels designed to stop the audience from thinking. It’s a cowardly, manipulative work.

I expect there’ll be another of these films out in six months, just like clockwork. I’ll hate that one too.

American Made is currently screening in UK cinemas.

One response to “American Made Review – More like crapitalism”