Given that this like the third Spiderman we be getting since the millennium, sixth film total, there’s a bunch of available metatext for this one to draw upon. Film gets out most of its hits early on, there’s a joke about the Toby McGuire version and its obsession with having the character pose before the American flag. A crack at the Garfield interpretation and the oft repeated criticism of the impossible physics of his escapades. It even gets a poke in at the beef over the character’s ownership.

Mercifully it gets all this outta the way before the main titles so that it can go on to be its own movie. Aside from, you know, those bits when Robert Downey Jr. turns up in order to make it the Tony Stark show for a hot five minutes at a time. Cos the new character identity gotta fall in line with that Marvel mandate. Honestly if all this talk of them killing off a major player in the next Avengers movie is true, God I hope it’s him. It’ll be ten years of that character and it’s getting to start be a little tiresome.

Also, I mean, dude’s always been a famous arsehole, but this movie really tugs at the edges of that character. He’s such this pervasive presence, basically acting as Peter Parker’s surrogate father that the film can’t escape him. Incidentally, skipping the whole origin story bit (I’m sure we’ll hear about it in like 2019 or something) totally the right move for this joint. It crazy, Tom Holland is like 21, they’ve got him playing 15 I think, maybe sixteen, anyway it’s right on the edge of his range, but the implication that this kid got his shit figured out far better than any of the grown leads did at his age is great.

In fact all the kids in this joint come off pretty well: Jacob Batalon does the comedy relief sidekick bit like liquid; Laura Harrier breathes this real sense of internality into a fairly standard love interest bit, though the script does give her some good hooks to hang that characterisation off of; Zendaya gets a less charitable part unfortunately, the quirky friendly girl who’s pushed out when the boys are doing their boy stuff, so tiresome, they’ll give her an actual role in the next one, I guess, she fills out the cast admirably here though. Oh, and the ageless Tony Revolori turns up too as this asshole guy who’s supposed to be this rich bully kid but because the film a lighthearted kids flick can never pick his claws out in the way he’d need to properly sell it. 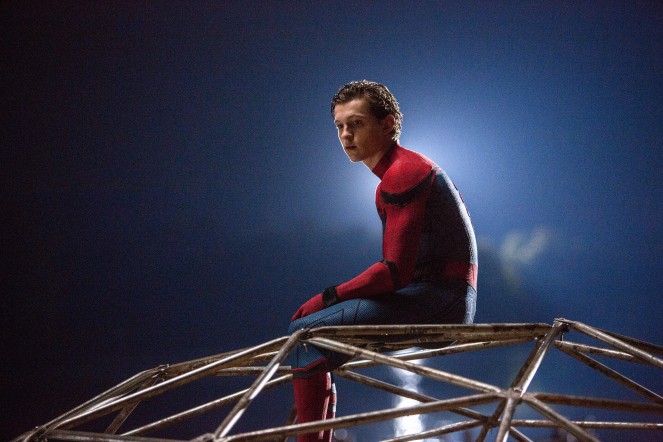 I think it would be a fun cast to out for drinks with. They all seem like good people. Who ain’t good people? Tony Stark and his crew. Not only are they proper assholes in this joint but their unsavoury politics starts to creep into the structure of the film in a way that comes across real uncomfortable. I ain’t going to get too into the details, suffice to say that the film’s climax is basically about the importance of personal ownership and how any lengths gone to to protect the sanctity of property are justified.

Whaaaat? Nope. You did your message wrong movie. Bad job.

Marvel chatting now about Avengers 4 and how I’ll be the end of some grand meta-arc or another because it seem like the ultimate method of storytelling is the shonen manga one. The next arc’ll begin with the next Spiderman. I hope they decide to make it more revolutionary, cos this run seems more and more to me like some weak ass bullshit. Can we get Kamela Khan in the next one too, that’d be dope. 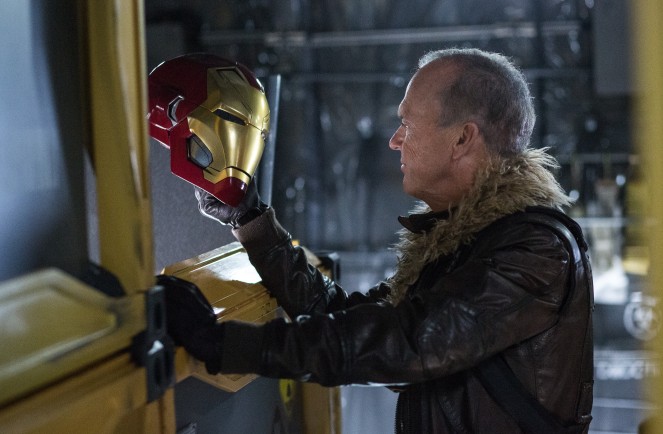 Honestly more kid heroes in general are pretty necessary, because one of the main struggles that this film has is satisfactorily tying together the superhero antics with the high school drama. Now there’s a whole range of ways it expresses the idea, but at the core there’s only one. Parker’s commitment to the whole hero business is interfering with his young social life. Which means that you have two movies with just about nothing to do with each other and Tom Holland at several points just strolls right outta one of them to pick up the other.

Leads to the whole film having this sorta disjointed feel as we lurch periodically between these two modes. It is carried, though, by the commitment to this comic tone that director Jon Watts (another babyman) smears all over the screen like a paste. Like, they get Hannibal Buress, Martin Starr and fucking Donald Glover to show up just to fill these itty bit parts. Glover getting that Lando Calrissian money now, he don’t need to turn up for like two scenes here even if they are both pure gold.

So Michael Keaton is the villain, and I appreciate Marvel’s commitment to keeping these spats personal over their past few joints. He’s some small time huckster who be jacking alien wares from the government’s clean up operation, converting them into hi-tech neo-weapons and selling them to criminals on the streets of New York. He has these fancy robot angel wings that he flies about on while pulling his heists. He seem like a dickbag, but some people just are, you know. He’s functional, and having fun with the role where he can find it, but it’s just drags everything down. 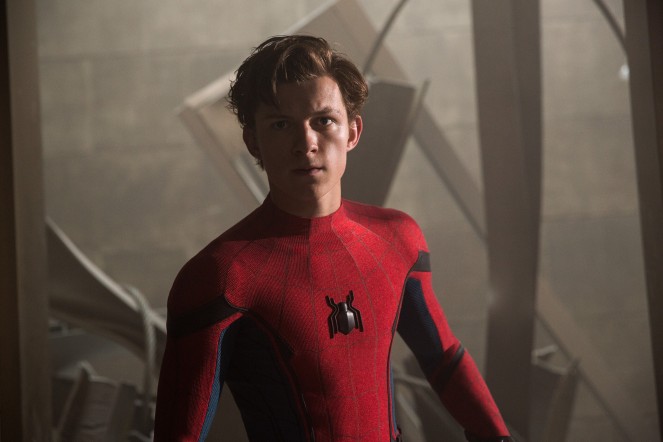 Early on, Parker is doing some dope, silly, stupid crimefighting stuff. He’s being helpful to old ladies and stopping bike thieves. The boy’s antsy and restless for action but honestly, when he’s dealing with small time thuggos he’s so much more fun than when he’s dividing himself to bring the big boys down. that’s probably the point, but the film seems so concerned with having fun that its loose adherence to this standard narrative drive looms large. It hasn’t planned in when to deliver hopelessness to the audience so it tries to dole it out in small doses scattered through the running time (133 minutes, totally too long btw). It just teases us with a little melancholy, every now and then, it’s insufficient and irritating and disruptive.

But isn’t Spiderman supposed to be, and scrappy too. Naw, I liked this film. It’s rough here and then, and slight unbearable when Iron Man butts his head in. It’s Tom Holland’s performance tho’. See, I think we’d have both been 14 when Iron Man came out. If kid were actually 15, he’d have been six. And that fucking scans. I buy him, and I buy that and I’m happy and I’m jealous.

We can all have a fun time in the theatre though, and through little more than the charm of its leads Spider-Man: Homecoming delivers us that despite whatever bumps there are along the way. 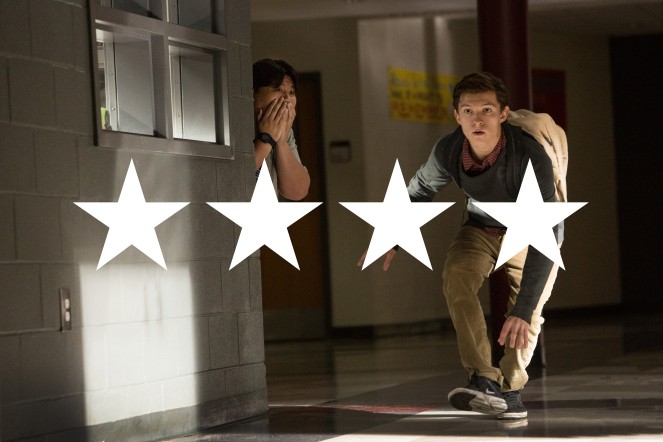