I learned after watching that Smurfs: The Lost Village is unrelated to those other recent Smurfs movies. I just figured it was a sequel. It feels so much like a sequel. Maybe you really need to be aware of The Smurfs as a cultural product to get the full buy in here, the film don’t really seem troubled to put in too much work.

It’s a story about Smurfette, the one girl smurf, who was, we are reminded early on, created by the evil wizard Gargamel in order to discover the location of the Smurf village and capture its inhabitants, so that he could drain them of their magical essence in order to fortify his wizardly powers. She, upon meeting The Smurfs, was surprised by their openness and acceptance of her and gave up her evil mission to live together with her new family, in doing so her hair changed from a blue punk type do into her long blonde locks (wow, judge much movie.)

This is all laid out in the first five minutes, narration and talking heads. You can see why I thought it was a sequel.

Now, Smurfette has a problem, all the other three have a specific talent, or at the very least defining character trait, we’re talking about our other three leads here: Brainy, Hefty, Clumsy. They got that seven dwarves thing going on. I expect y’all able to figure out exactly where this starts, where this goes and where this ends? Great! Just saved you the time of watching this flick and the prequel which apparently only exists in my head.

The more interesting conversation here to immediately have is one about brands. And typing that sentence made me feel physically sick. Cos we can all agree that one of the central tenets of The Smurfs is the sexist assumption that Smurfette’s gender is extraordinary. ‘Of course you only need one woman,’ says the sexist writer, ‘I don’t care to understand them, so I think I can sum up the entirety of their experience in one fell swoop. After all, I have a Brainy side, a Hefty side, a Clumsy side, and a Feminine side, it’s only fair they all get their time.’ Says the straight white man who always, always writes these things.

So, like, the past two films have been trying to make up for this. Trying to absolve the original sin of their creators. It’s why they’ve all been so Smurfette focused. Um, well, it’s sweet, I guess, that you’re trying and all, but, if y’all so concerned about positive representations in your films, why don’t you go out and make some. Don’t try and justify your sixties sexism with, ‘Okay, totally empowering now.’ Just so you can capitalise off a recognisable name.

Besides who gives a fuck about the Smurfs anymore anyway? They might as well be off brand Trolls at this point. At least the trolls are a diverse colourful people rather than all the same depressing shade of blue. (One guess as to which race that’s analogous for…)

It ain’t a good film anyway. The one interesting thing that it does is play with how the characters interact with the camera. Like there’s a lot of influence here from the old Warner skits, but often, characters in peril, especially when they’re being thrown about somewhere, as happens a lot, clock the camera. It’s a nice touch and adds an element of interest to the physical comedy, which is overwhelmingly bad.

Like, there’s no sense of set-up or timing to it most of the time. Someone getting hurt is fine, but it feels like there’s no wit to the proceedings. There’s a sequence towards the beginning when, in order to cheer up a sad Smurfette, our male leads take her out to go skateboarding, soft rock plays while this happens. It feels like that scene outta Surf’s Up, so you know, another Sony Animation joint, but one that’s almost ten years old. That’s what we’re dealing with here, it’s clueless, just bereft of originality, and trafficking in ideas just way outta date.

Like seriously, I weren’t keen on The Boss Baby, but at least it’s a functional film. If only barely. Smurfs: The Lost Village is just a collection of bad ideas arranged haphazardly on a hard drive. At least it has Mandy Patinkin in it.

A note: There will at some point be someone out there shooting off their red hot take that Smurfs: The Lost Village is actually espousing a progessive p 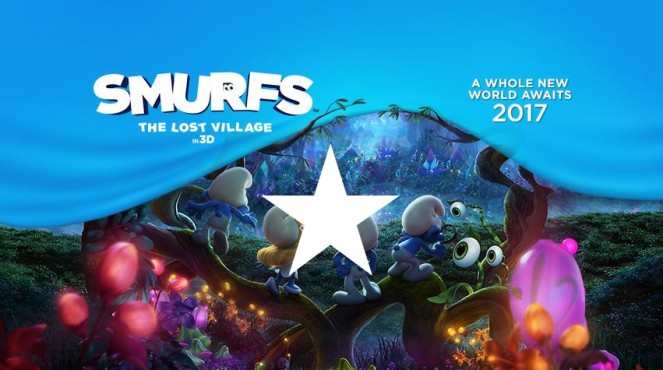 One thought on “Smurfs: The Lost Village – Some sexist narratives ain’t worth reclaiming”