The one thing that works in Alita: Battle Angel is Alita herself. Forget the strange discomfort you’ll have at first to the overlarge, CGI augmented eyes set inside that tiny impish face. Rosa Salazar’s performance as an amnesiac robot discovering the world for the first time is truly winning. Robert Rodriguez’s vision of a future after the devastation of most of the planet detailed enough that we are content largely to watch it unfurl through her eyes.

It is not an unfamiliar place in itself. The film has been in various stats of production since 2003, the manga it was based upon started its run in 1990. There’s been time for the ideas within to permeate somewhat. After a future war between the humans of Earth, and those that colonised Mars, all of the planets airborne cities of tomorrow fell — with one exception. Beneath Zalem, the city of the sky, an underclass of the dispossessed constructed Iron City where they can labour in exchange for the pittance handed down to them.

For those that do not wish to do that work, we are early on introduced to two other occupations of interest. Hunter-Warriors: who, in lieu of a police force, collect government bounties on those who disturb the peace. The second, Motorball racer: a popular sport which is basically a hyperviolent version of roller derby, apparently each season’s champion is the sole person allowed to ascend to a better life. These two have little in common, aside from the fact that being a superhumanly modified cyborg gives one a distinct advantage.

When Alita, recovered by Christoph Waltz’s Dr. Dyson Ido and housed in the robot body of his deceased daughter, finds herself capable of almost unconsciously executing acts of extreme violence; she sets her sight on bringing light to her community in whatever way possible. Imagine if you set a superpowered child to the task of saving a population. The film’s progression to that goal is about as unfocused as anything you would get in real life.

The adaptation from serialised manga into coherent screenplay is a rough one. The script by James Cameron and Laeta Kalogridis feels half formed. An early five minutes, for example, are dedicated to learning if Waltz’s character is the gentleman he seems — or does he spend his nights murdering women on the streets? It turns out that he’s fine, and the mass murders are nothing to worry about. Characters will be introduced, only to then disappear from the story, and later turn up to fulfil whatever plot machinations are required of them.

The strands that we’re given to grasp onto are disparate. Alita uncovering her past is something that seems to happen whenever it needs to, by the time it’s happening we know and are uninterested. A battle on the moon, huh? Wow. We see Mahershala Ali as a sinister motorball tycoon, he’s rigging the races and seems also to be funding shady goings on in the city at large. And, on her first day out in the city, Alita meets a boy.

This fucking kid. It’s not his fault I’m sure. The guy was playing the part that he was given. I’m sure that there’s a part of every young man that wants to be the one to introduce a naive woman to chocolate and win her heart because she’s literally never eaten chocolate before. Every basic kid wants somebody who will be so awestruck by them that, even after she finds out she’s superhuman, will stick around. Alita begins the movie in a literal child’s body and halfway through she gets an adult one.

James Cameron is in his sixties, Robert Rodriguez is fifty. There’s no need for their fantasies to be so juvenile. These are so clearly their fantasies because, despite Salazar’s work, Alita is not a character. There’s three women in this film, one is a sexy murderess, she exists to be pretty then dead. The other woman of note represents the mother, she is distant, aloof, envious of her daughter’s talent and vigour. In contrast to the father, who hardship turned into a saint, she becomes cruel and spiteful and inconstant.

Alita herself is what men want from a woman. Pliable. She has no agency at all here, she’s just buffeted back and forth by the whims of the dudes surrounding her. When she’s finally put in the place to make decisions, well gosh she has all them girl feelings that make choosing so hard. We know she cares, but about what, justice? Fairness? These are concepts, not characterisation.

It gets so bad that for the last half hour I was kinda expecting any scene to be the last. What did any of them matter? None of them were going to transform our lead in any major way, none of them were going to reveal a previously unseen side of her. They were just things that happened to be taking place around her. Besides, the setting, the deliberate focus on action spectacle representing forms of labour, it seemed designed like a video game. More specifically the 2003 Naughty Dog joint Jak II.

You remember how long this has been in development? Yeah. The film has a lot of things that work individually, the action especially is such fun, the world is beautiful; but it amounts to nothing. It exhausted me. As it did, any patience I had for its retrograde narrative dried up and I got frustrated. I’ll often compliment a movie by saying that it has so many ideas in it. Alita: Battle Angel is what happens when most of them are bad ones. 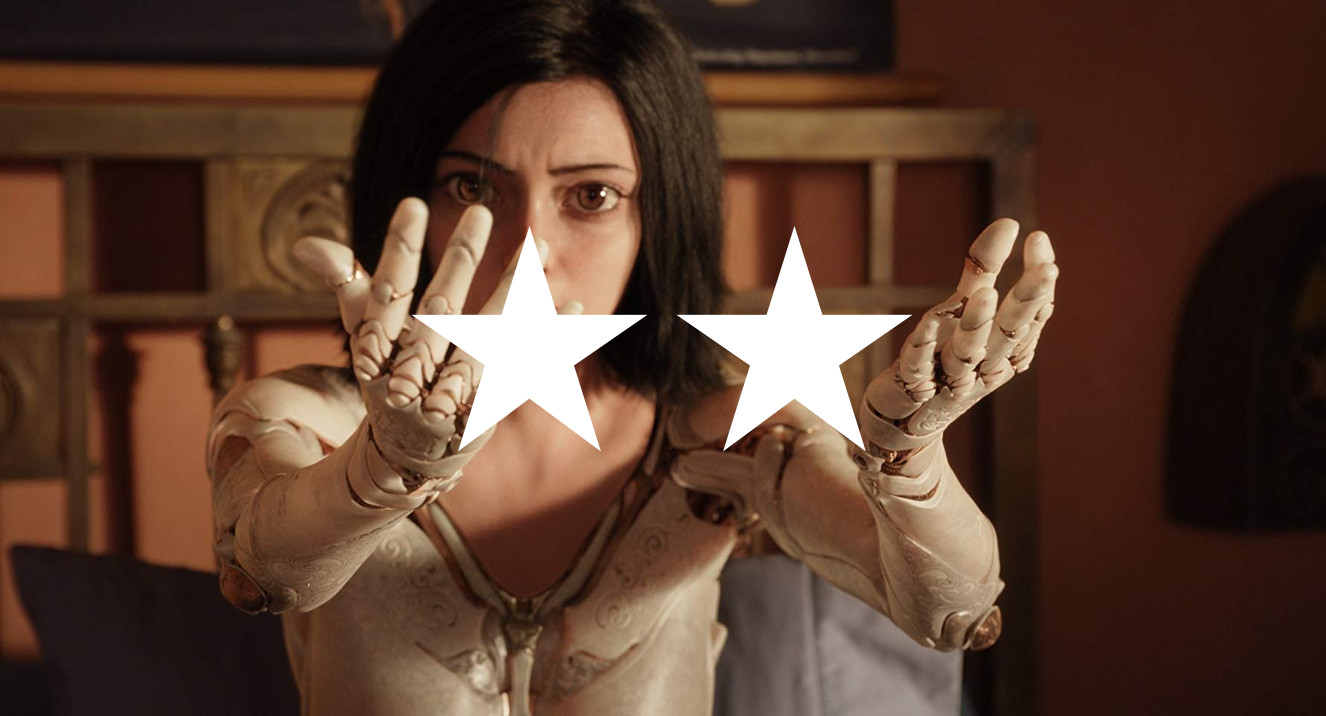