A Star is Born Review – The depths and the shallows

In a cinemagoing landscape where the definition of spectacle has narrowed down to superhero antics — whether they be performed by Avengers, Jedi, or The Rock — A Star is Born arrives to remind us that something don’t gotta be huge to feel huge. There’s something in its two hour fifteen running time that quietly cements it in the tradition of the epic.

In his directorial debut Bradley Cooper is cunning with the camera. He shoots wide across empty theatres and auditoria awing you with their scale, teamsters hustling back and forth, echoing sound checks. Then, when the gigs start, we are forced into the confines of backstage corridors, the intimacy of silhouetted performers on stage sharing the joy of creation with each other. The scope and scale is set up stark, then mostly disappears once the film knows we’re content for that to be a backdrop for the sort of romantic drama that never really gets to be a huge hit anymore.

I mean, this concept don’t even have the best proven track record. The last time A Star is Born was filmed, back in 1976 with Barbera Streisand and Kris Kirstofferson, it was derided for being an overblown vanity project on the part of its stars, marvelling at their ability to fill entire stadia, creating a fictional rise and fall of two of the biggest stars of the age.

It’s a wonder that this has not been tarnished by the same brush. It’s all produced, directed, starring, and co-written by the one dude. Oh, and he co-wrote and produced most of the songs, and contributed to the score. And it’s all about how he’s so rugged and charismatic that he is simply irresistible to Lady Fucking Gaga. How is this allowed? Did at no point someone tell him to pull the breaks on it? If it would have crashed, it certainly would have been a spectacular wreck.

It doesn’t however. It’s good. It’s real fucking good. Primarily because, outside of the fantastic music and tremendous chemistry between the leads, the story is told with unselfish emotional honesty. There’s a scene later on when Sam Elliot, the eternal level-headed voice of wisdom that he is, starts to diagnose the story. As he talks, you realise that he’s right, the entire film has been leading to this and the subversion of dynamics it represents in our traditional notion of romance is cutting.

To lay out the premise somewhat, in case you’re not familiar, Cooper plays a hard-bitten country rocker whose lifetime in the industry has left him cynical and depressed and addicted to a variety of interesting substances. After a New York gig, finding the bottle in his driver’s car empty, he dives into the nearest establishment he can find for a drink. It’s a drag club where, over a hard drink, he sees Gaga in full queen regalia perform a rendition of Edith Piaf’s La Vie en Rose.

There’s something to be discussed here about the how the queens are used as props throughout this film. Refreshingly, there’s no hint of gay panic in Cooper’s performance, yet his attraction to Gaga is predicated purely upon the audience’s comprehension of her as a cisgender woman. The notion that she could be an object of queer desire (being a famous bisexual and LGBT advocate) is handily overlooked. That said, Anthony Ramos plays her best friend and is a wonder and a star and should totally get his own movie.

Anyway, after close at the club, the couple spend the night on the town, fall wildly and passionately in love, sing to each other and he invites her on tour with him. Can the power of love fix this wounded man? Will fame change the gutsy unpolished ingénue? Is celebrity all it’s cracked up to be? The answers probably won’t surprise you, the hype comes from the way it’s told.

Because after this totally charming introduction, a romance that is honestly and keenly felt. An evening more full of occasion than any I have spent and a morning after that changes her life forever. The film starts to fracture. Scenes become disjointed and the structure loose, we move from event to event like a dream the narrative embodying the contradictory nature of commercial art.

The rocker starts the movie already dissociated from his form, suffering from tinnitus that threatens to overwhelm him in the coming years. He does not know how to cope with this, plagued by fears borne from the insecure worth of his labour. His declining career leaving him alienated from the work that he must perform to survive. She, on the other hand, is being newly drawn into an industry determined to alienate her from the offset in their attempt to create this iconic mediatised creation that is the pop star.

In recognition of this we can see more clearly how this relationship is glimpsed directly in relationship to their work. Floating between recording sessions and tour dates. Their coupledom being directly subsumed within an industry designed to extract from them with promises that the compensation received will be worth it.

The film seems to understand the impossibility of the situation. It approaches the characters gently, the addiction that we see portrayed is tragic certainly, but there’s still beauty to be found in the hungover contact of a morning spent in bed with someone. Likewise, Gaga’s refusal to be portrayed in any way as a victim of this man’s habits lends her character an aspect that we rarely choose to glimpse within these sorts of narratives.

And the songs. The Academy-Award-for-best-original-song winning single is out now, and I’ve already got it on hard repeat. They’re holding the rest until Friday. I can’t wait.

It’s not really a spoiler to describe the final shot of the film, but you might wanna stop reading now just in case. It’s a close up, Lady Gaga’s face, she stares directly into the lens, announcing her indomitable presence. It might sound stupid to say that she’s arrived. It’s Lady Gaga, she’s been around and she’s been huge.

A Star is born releases in the UK on October 3rd. 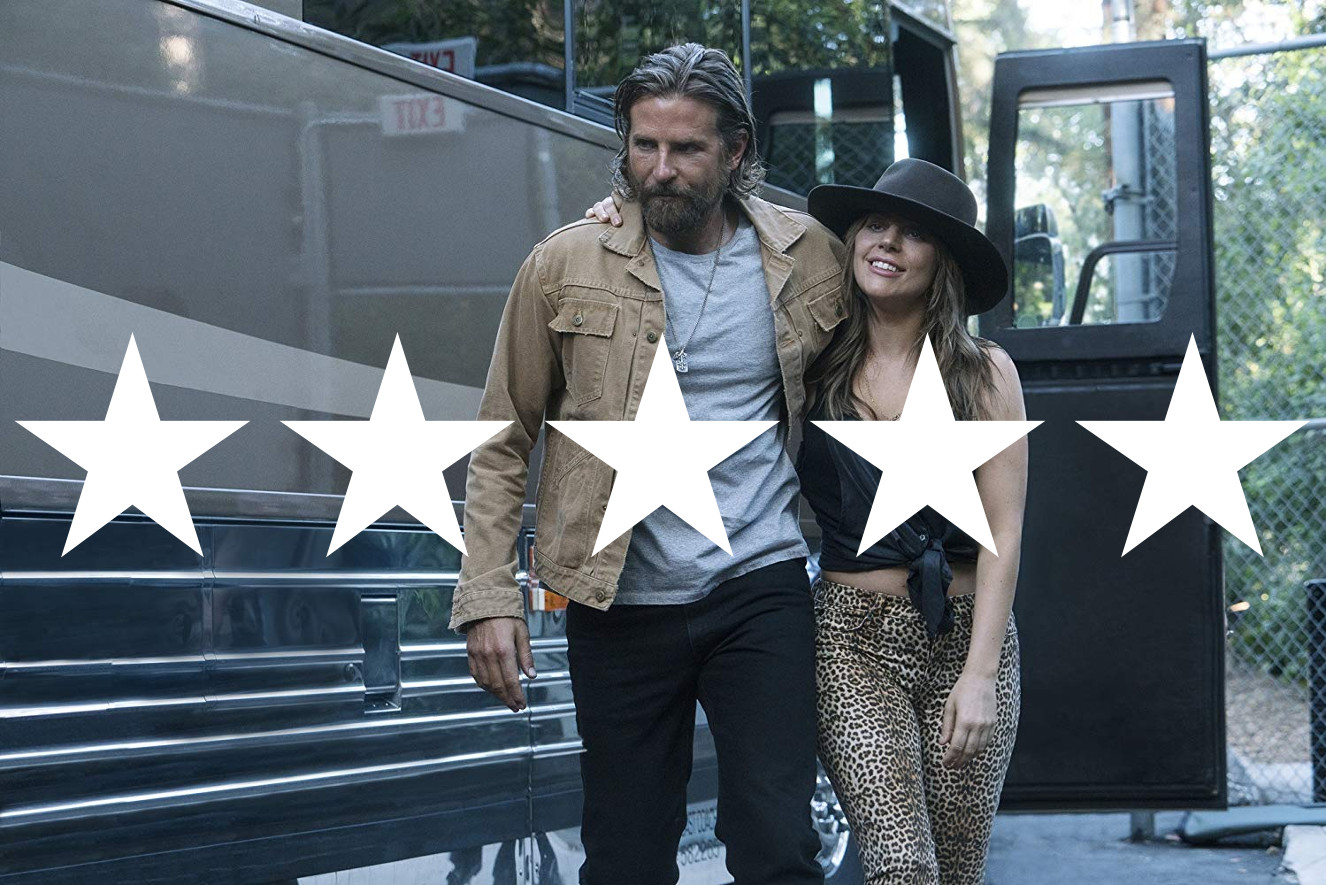