There’s this dichotomy to Stanley Tucci’s filmmaking. People cast him because he can be the most charming person alive. Like, all he has to do is appear on screen and I’ll be totally on board with whatever he’s doing. Even when Peter Jackson is being the most manipulative and overt a filmmaker has ever gotten in casting the man as a paedophile: gives him that combover, the creepy moustache, it all chafes against the fact that, well, it’s Stanley Tucci. It’s a fine performance, I’m not blaming him for that flick.

His own films though are often these prickly uninviting things, dramas that are a little too guarded, about characters who have trouble opening up letting others in. They are often guileless things, not without their own charm, but which are consciously exercises in patience and frustration. Take a scene early on in Final Portrait when James Lord (Armie Hammer) arrives at Alberto Giacometti’s studio to pose for a portrait. The film runs in real time, stretching out every action that needs to take place before a paintbrush can hit the canvas.

Geoffrey Rush, playing Giacometti, is clearly enjoying himself here. Like one of those acting exercises you do when you’re told to play in a space without clear intent. The whole sequence is played without dialogue as Rush bounces around the set; beautifully designed in that 1950s romantic Parisian trashiness, and gorgeously shot by Danny Cohen who, as with his work on Lenny Abrahamson’s Room, translates this single set into a world. It’s probably not filled with any works of art of the master himself, but it’s this constantly inviting, engaging space to inhabit.

Based on Lord’s writing regarding the experience of sitting for the portrait; we do not see much of the life of the artist, brief conversations let us know that he feels like Picasso is a talentless hack, or that no great works of portraiture have been made in the past hundred years. We do not see him interact or engage with this world. In the only shot of him inhabiting the world of art he sits outside an exhibition of his work chain smoking.

We see his relationships with his wife, the sex workers both of them seek out for the comfort they no longer feel from each other, and his brother who keeps his own workshop down the alleyway; producing his own work and handling the logistics of the family enterprise. He turns up a one point with a paper bag stuffed with cash from a gallery. Even with these relationships we are kept at arm’s length, as soon as Lord walks out of their world they vanish arriving the next day to find them evolved in surprising ways.

Armie Hammer plays the straight man well here, he engages even when just sitting being probed by artist and camera alike. It’s a suitable place to be as Rush’s Giacometti is almost a clown. Maybe it’s the French accent but he seems like one of those more grotesque European clowns, think like Slava Polunin, that mixture you see between wonder and despair. It can get quite broad at times, there’s a good half dozen or so times where while painting he’ll drop his tools and theatrically exclaim defeat. He is performing his own creativity. It’s the best role he’s had in years.

It’s a good role for cinema too. Like, we’ve had some problematic portraits of creativity recently: lookin at you David Lynch: The Art Life, lookin at you England is Mine. But here’s one that analyses the link between the creative process and the mental health of the artist in a way that is nuanced, textured and thoughtful. It doesn’t glamorise or deify the caricature of the troubled artist and nor does it erase the impact of their personal life in their work.

There’s a scene in here where together our leads go out for lunch. Giacometti takes two glasses of wine and two coffees. Something’s up with that but look at the way Tucci chooses to portray it: a little silly sure, maybe a little tragic, but totally unjudgemental. You as an audience have gotta decide what this means for the character. I know I can’t work while on drugs, it’s probably good for me that way, but I know plenty of people who can. There just this acknowledgement that our troubles are our own. We just gotta learn how to negotiate them.

The film ends at an anticlimax which will definitely upset some. I’m sure it’s the only way for it to end. I’m sure it felt like that in real life. Again it all falls down to what you want to see in the flick. It ends on a note of empathy, a note of care. Sure something more dramatic could be happening, there could be an explosion, either literally or metaphorically, but we don’t got to see that every time. Is it enough to model a system of relationship based on mutual understanding and respect?

The film ends when Lord has learnt something. I’m sure it’s not what he wanted to learn, but it can’t end until he does and once he does it ends. Can’t really ask for more than that. I wish I had a nicer or easier way to be in this world. I wish these characters did too. It might not be the fanciest praise to applaud a film for its tact. But making a properly tactful film is one of the hardest things you can do. 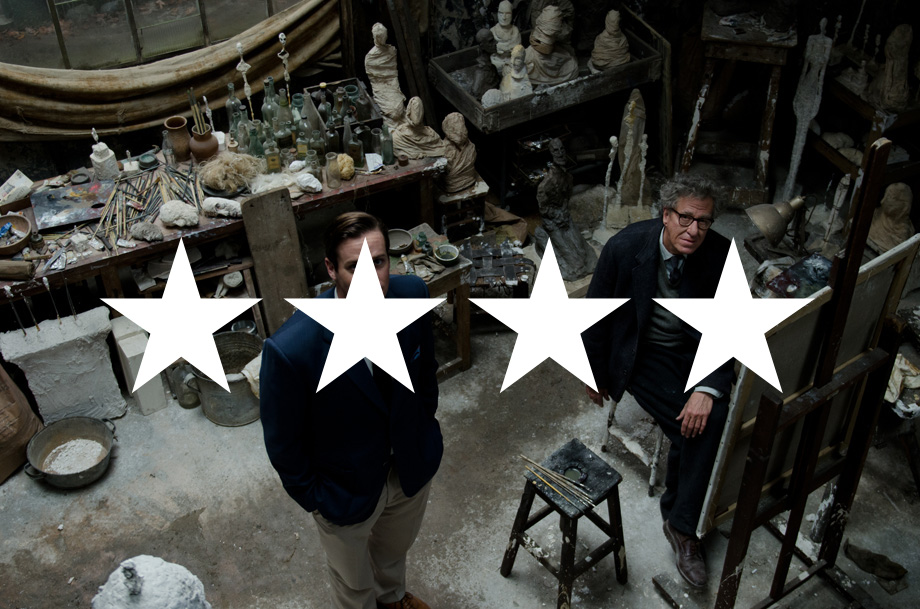