Time to add Alex Kurtzman to our list of babyman directors. The director of The Mummy has only a single other directing credit to his name, the sorta forgettable family drama People Like Us. Course you’d give him control of the $125 million Tom Cruise action tentpole joint that’s also supposed to be the launching point for Universal’s (appallingly titled, conceived and designed) Dark Universe, that monster movie project that they’ve been working on like forever.

That said, Kurtzman’s credits separate him from the rest of his club, seems he’s been a Hollywood writer for hire for years, primarily of garbage. Like, Michael Bay joints, and those Star Trek ones before Pegg took over, The Amazing Spiderman 2… Looks like the work of someone who failed forward fucking big time. Script for The Mummy showcases no real evolution of his talents, the images he’s choosing to throw up on the screen there don’t say much for his directorial eye.

Like, take the scene where Tom Cruise and his sidekick Jenny (Annabelle Wallis) are being introduced to Progidium, the agency dedicated to hunting down the living embodiments of evil throughout the world. Russell Crowe is playing the leader of this agency, I won’t name his character except to say it is a twist that could only have worked in a far sillier movie than this. They’re walking down a corridor full of spooky things in jars, and any possibility of mystery or intrigue is cut through because Kurtzman decided to film some very explanatory insert shots of everything. I get that’s a vampire skull dude, you don’t need to throw it in close up here for a whole two seconds.

Imma roll on back here to the name Progidium cos, fuck me that’s stupid. It’s like the most aggressively focus tested, blandest name for your secret mystery organisation possible. I actually had to go to the Wikipedia page to remind myself what it’s called. I choose to believe that because it’s preferable to a team of actual paid writers to brainstorm and decide the best they could come up with was Progidium. Sounds like it could be something outta a Scooby Doo episode.

Unfortunately this plague of uninspiring laziness seems to have gotten the rest of the film too. Tom Cruise opens this joint by engaging in an unprovoked attack on a Middle Eastern village because he assumes the inhabitants must be terrorists. He dicks over his friend (Jake Johnson, him off New Girl), then they call in a UAV to bomb the place, dozens dead. In an attempt to get out of trouble with his commanding officer he tries his hand at slut-shaming a woman who he slept with previously. Then, accompanying her (an archaeologist), into a site of historical interest he begins desecrating and destroying the place.

Dude’s a proper asshole. You’d think you might have some reaction to this scumbag, but nah, the film this opinionless piece of trash. Despite going on this whole redemptive arc throughout the joint, the way the movie views him never changes. He’s just some dude. Always, just some dude. We know Cruise can do better than this, we all seen Edge of Tomorrow, how he finds his shape in the film around him until he reaches a point where he fits its frames. I don’t think Kurtzman is approaching this material with anything insightful to say. 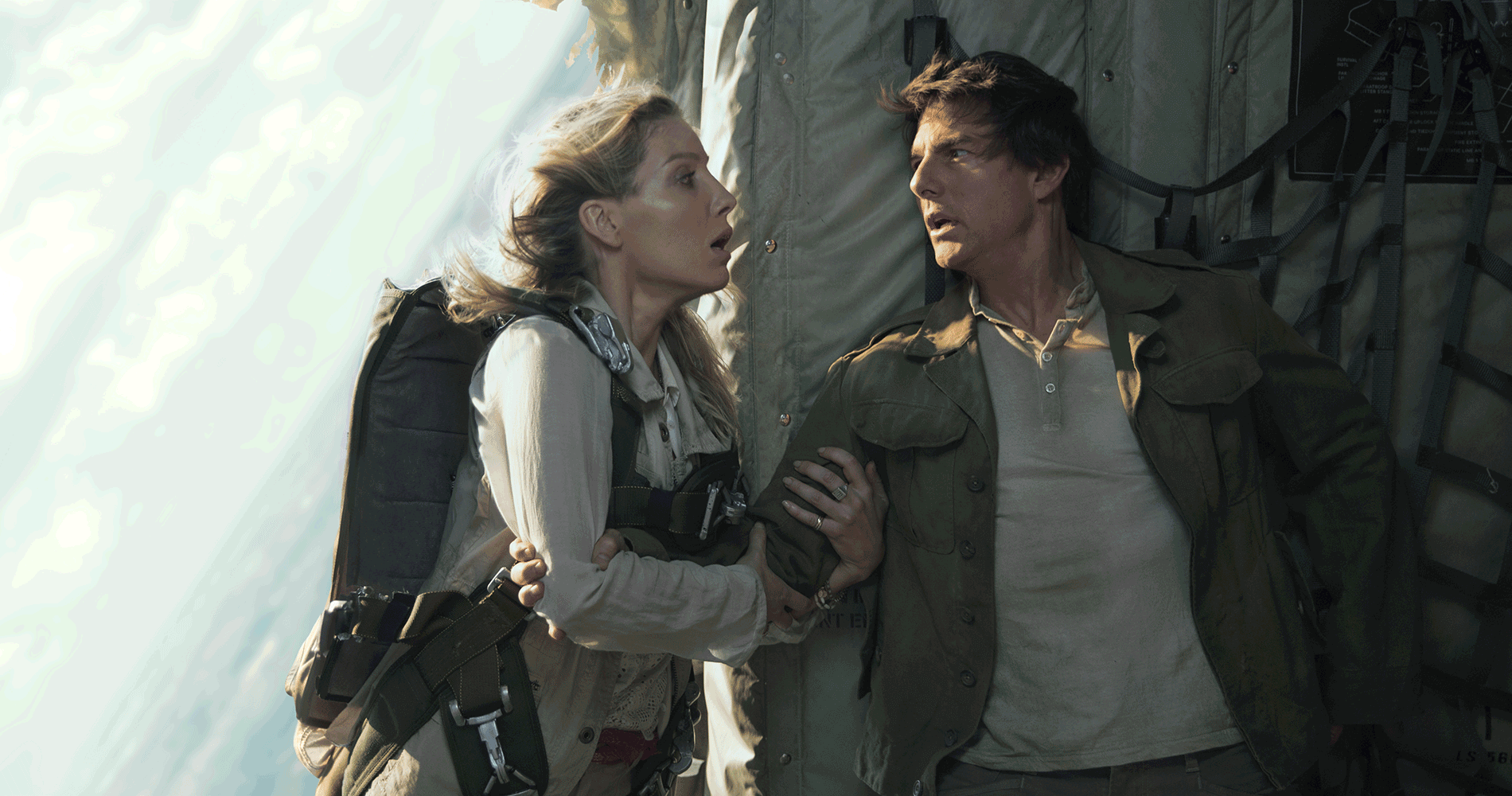 Like, it’s not just Progidium which is Scooby Doo bullshit, it’s like most of the things in this film. The Mummy herself (Sofia Boutella) turns her victims into zombies, but not modern zombies, old fashion moaning shambling zombies. They ain’t covered in blood though, she sorta sucks the life outta them, making them glow green in the dark. These are comedy zombies. Just like Progidium is a comedy secret society and most of the scenes in this film are comedy scenes.

Not like Kurtzman to recognise it though. This film’s come out rated 15 here, there no reason for it to carry that burden. There’s nothing real horrifying or shocking on the page, not like those damn scarabs from the 1999 joint, it’s a broad light comedy action piece. That ain’t good enough for the Dark Universe though, it gotta be grim and edgy and morally grey, despite having no innate morality of its own. That kills comedy, and laugh lines are delivered with the grim pronouncement of a family death.

If the film even had the tenacity to commit to something it might be worth a mention, but it don’t. There’s no decent action in this one, actually, surprisingly little action whatsoever, which like odd, cos usually they at least get a decent second unit director for that stuff, not here. Even on a plot level it can’t decide whether it wants to be an origin story for Cruise, Progidium, or the actual Mummy who spends much of the movie chained up while people just talk about her and the plot goes nowhere for half an hour.

At the beginning of the film there’s the Universal production card, then the camera keeps going and rotates around to the dark side of the Earth and the words Dark Universe slide across the screen in the same manner. It’s so portentous that some people in the cinema were laughing at it, I was among them. Look Universal, you’re onto a losing bet with this one, and frankly, hiring that goobus Kurtzman didn’t really help you any. You’ve created something that’s impossible for anyone to take seriously.

Take some advice: it don’t gotta be Roger Corman bad, it just gotta be camp. It gotta have a sense of humour about itself, it gotta delight in how fucking stupid the whole thing is. People really like Scooby Doo, he’s a much loved talking cartoon dog, stop pretending you’re in any way meaningfully different.

The Mummy is currently screening in UK cinemas