They are the most naked link in the chain of the film industry’s capitalistic avarice. Their presence stifles the open critical discussion of art by trapping it in the context of exclusivity. As much as I love them, I don’t think I’ve ever encountered an art cinema that has managed to overcome the cultural and class assumptions regarding their material.

Tickets are regularly too expensive, snacks always are and my local theatre never has convenient screening times.

And frustrating as it is, there’s no better way to be watching films.

Recently, as a reaction to Bong Joon-Ho’s Okja being screened in competition, whoever it is making the decisions at the Cannes Film Festival has decided that in the future only films with a confirmed French theatrical release may be allowed to compete. For clarity, a lot of films are screened at Cannes during the festival, with so much of the industry there everyone wants to be putting their work on display, there’s the distributor screenings and parallel sections and everyone with something to sell trying to muscle their way in. Being denied from competition means just that, you’re not eligible for the shortlist, but let’s not deny there’s some sort of politics revolving around it.

French theatres demand 36 months exclusivity before films available to screen. Netflix wants its films to, you know, be on Netflix. Unlike Amazon, who were more than happy to throw Paterson and Manchester by the Sea into theatres last year, Netflix don’t sell films, they sell subscriptions, and they can’t do that if everyone gonna catch the film on the big screen beforehand. God damn, is the thought of not being able to see the new Bong Joon-Ho, Noah Baumbach and Martin Scorsese joints in the cinema frustrating.

Because watching films that way is better. If you can’t get out to them that’s fine, they’re imperfect articles. If you can’t afford tickets, that’s fine. If you’re physically isolated from the picture house, it’s cool. If you find yourself unable to handle public places or large crowds your personal comfort is more important than any opinion of mine. Everyone else, what the hell is wrong with you?

There seems to be this insistence of perfection in cinephiles recently. Like, was it shot on film, how about digital? I can only get a copy of this in standard definition. blu-ray players and upscaling issues on 4k TVs. Is your nearest IMAX theatre a 70mm projection, or is it one of the fake digital ones. If the stars don’t align, and the ideal set of circumstance make themselves clear, what’s the point of going to the cinema? And if it’s a drama, well it couldn’t possibly gain anything from being on the big screen in the first place. Eugh.

This technological purity comes from the same misguided place as all those tried arguments from eight years ago about what makes cinemas such vile dens as only the worst of society inhabit. People who’ll be constantly looking at their phones, too loud with their snacks or their comments, the appeal of a home cinema being a place of ideological purity, the sanctuary where a viewer can engage in a personal dialogue with their media. It’s not like these people don’t care about films, like if you don’t have no decent rep cinemas where you live, home video is the one place to actually catch the classics, if only Netflix held any films made before the year 2000. 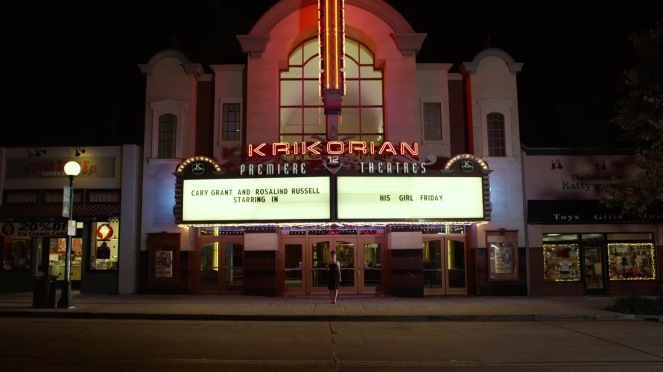 I gotta acknowledge my own privilege in the matter, I am incredibly lucky to live near enough to both a multiplex and a decent art cinema which offer actual affordable tickets for someone working minimum wage, even more so that the public transport situation is decent enough for me to make it to these places fairly easily and independently. Like, I can be hype that The Red Turtle and Aki Kaurismäki’s new film, The Other Side of Hope, have got a UK release and I don’t even worry about if I’ll be able to see them.

But there ain’t no such thing as a personal communion with art. Or, well, like, there is, but it’s a fundamentally hollow one. Our art is supposed to reflect the human experience and in doing so connect us to each other. The entire worth of building say, a western canon is held in the worth of shared discourse. We say that everyone gotta be familiar with these things because we benefit from all discussing them. As with books the same is achieved through film.

When you get a bunch of people together we way that we consume art changes. Like, we no longer have to consider what the art is saying to us, but also how it is communicating to those around us. The act of watching becomes a way for us to interrogate our connections and shared culture. Take for example the recent story of the shitty guy trying to sue a date for texting during a movie, my dude didn’t seem to recognise how whatever they were watching was playing to her.

Taking your phone out during a film might not always be great manners but it’s a pretty effective and expressive act of criticism. I don’t use my phone, but since the cinema has basically become my primary hobby I’ve walked out of a few films. Like that point in War on Everyone where it stops being a pretty transphobic film and starts being a really transphobic film. In a public screening what would otherwise be a personal act then becomes a political one, same as anything else.

There’s ways cinema can be approached in a mass audience that simply can’t be achieved outside a public setting. I’m sure people here have been to midnight releases, or if you’re really lucky you can find screenings sometimes with the director in attendance (usually at festivals.) There’s even a cinema chain here in the UK that does mystery preview screenings. If you can find special showings like these, emotions run higher our reactions become more collaborative, more confrontational. There aren’t many films in this country I have watched that received spontaneous applause at the end and when it’s happened it’s been magical.

Lars von Trier’s Nymphomanic had some double bill screenings in a city near me at release. I’ve watched both parts since, but none have been more powerful than sitting in a relatively full auditorium. The spicy evocator’s images were not in that moment posed as a personal trial, but a public one, a test of our decorum. Never more so than when it lurches full on into its comic sequences and dares you to laugh. The provocation can’t be as effective at home, I mean, who’d willing do the equivalent of inviting their mum to watch that of an evening.

I dunno, I’m trying not to be too much of a pretentious asshole about this stuff, really the takeaway is that it’s important to enjoy film in the way best suited to you, but every time there comes out some form of contentious news about cinemas or streaming services or pissbabies like this lawsuit guy or those Alamo women only Wonder Woman screenings (which is such a hype idea, more of this sort of thing.) There come the expected reaction from reddit and twitter, ‘Streaming is the future, cinemas are dying.’ It’s so tiresome.

From my seat, halfway down the auditorium, the experience has never been more vital.