It’s weird seeing the title cards in independent movies that were never supposed to be on the big screen. At the opening of Mindhorn Isle of Man Film’s logo looks like a shitty jpeg, stretched out awkwardly to fill the screen. There’s been some talk, a surprising amount of films shoot on the Isle but very few are actually set there. Mindhorn demonstrates why. The Isle of Man can only as a shabby joke version of itself, as if you took the parochialism of the West Country and stuck it out in the sea. Even the joke of the show within a show Mindhorn is that it’s desperately trying to make the location seem literally in any way attractive.

I guessing the residents of that Fair Isle will make their peace with it. They ain’t really got much else to do out there. The film’s content to gaze at this deeply unsexy place through the eyes of a deeply unsexy man. Julian Baratt plays Richard Thorncroft, an aging actor who abandoned his 1980s gig on a British action television program for a shot at Hollywood; only to fail repeatedly and continually into a career doing the UK equivalent of shitty infomercials and blind casting calls.

The show itself seems like your standard Baywatch, or CHiPs, or Jump Street, but y’know British and therefore tawdry. You gotta hand it to Julian Baratt and Simon Farnaby, in this time when we’re seeing the Hollwood revival of eighties Americana, now made young and sexy and exciting, they come out with our take on the material. It’s obsessed with these self-loathing, broken, old, falling-apart people. Just like our country’s politic is obsessed with those glory days of the eighties, remembering them from the glow of a poorly tuned VHS, neglecting to notice the cheap wig and sucked in gut of ideas forty years out of place. America’s reboots were made before Trump, I wonder how they’ll change.

A murder investigation is taking place and the main suspect is willing to give himself in, so long as he is apprehended by the famous Detective Mindhorn. The police call Thorncroft in to help and he hatches a plot: he’ll work with the police to catch the killer, and with the help of his ex-producer, he will wrangle an interview with his ex-wife, also his ex-co-star, who currently works as a reporter, the resulting publicity of which will catapult him back into the big time. It’s obviously a flaccid and pathetic plan from a flaccid and pathetic man.

Which is part of my stumbling block with the flick. It got that David Brent problem. Now it’s not nowhere as bad, this film actually tells jokes instead of just expecting you to laugh, but they share the same point of view. That of an older white guy. At least when Thorncroft is doing a racist voice you’ve got Kenneth Branagh making fun, but it’s still happening on the screen. It’s the same when he’s dismissing the ability of a female police officer, or being super inappropriate to his ex, I just don’t feel like spending too much time around this shitty dude.

Then of course his ex is now married to his stuntman and that has to become a whole thing. Steve Coogan is also on the island, playing Peter Eastman, another co-star who got his own wildly successful spin off after Richard left. It’s a funny few scenes but whatever subplot there was barely fails to register under the noise of Thorncroft’s emasculation. He may be humbled but there’s no sense he ever turns into a better person, even him realising he may have a daughter turns into this possessive game between him and his supposed rivals

Julian Baratt is a compelling and talented comedy actor, he is. I don’t want this review to make it sound like I didn’t find the film funny, I totally did, I was laughing all the way through. But this a film where we’ve got cast the inimitable Essie Davis, the total star’s star Russell Tovey (who always surprises me when he chooses to do comedy) and Andrea Riseborough who turns up to be great consistently in America and the UK as she prefers. And the film just wastes them, because it’s already decided it who it wants to be about, they just all happen to be the older dudes.

I’m not gonna blame Sean Foley for this, not all of it, I’ve liked his stage work, and his television work has included some of the best comedy of all time (watch Brass Eye watch Brass Eye watch Brass Eye) I imagine working with writers on set as characters can be hard, but some of the excesses, the indulgences, could have been clamped down. There’s moments where it really shines, usually when it’s diving deep into the shitty actor theatre kid goofs, but then things turn to action and you can feel it playing at Hot Fuzz.

Which again, totally unfair comparison, nothing’s as good as Hot Fuzz, come on. Mindhorn, when it’s playing at its own ideas, when it’s not disserving all the women characters, or getting too tied up in elaborating the details of the plot, is pretty good. Barratt and Farnaby who’ve done a lot of work in UK sketch comedy have that structure down pat, their scenes are so often immaculate little constructions, they’re just not all bound together tight enough. 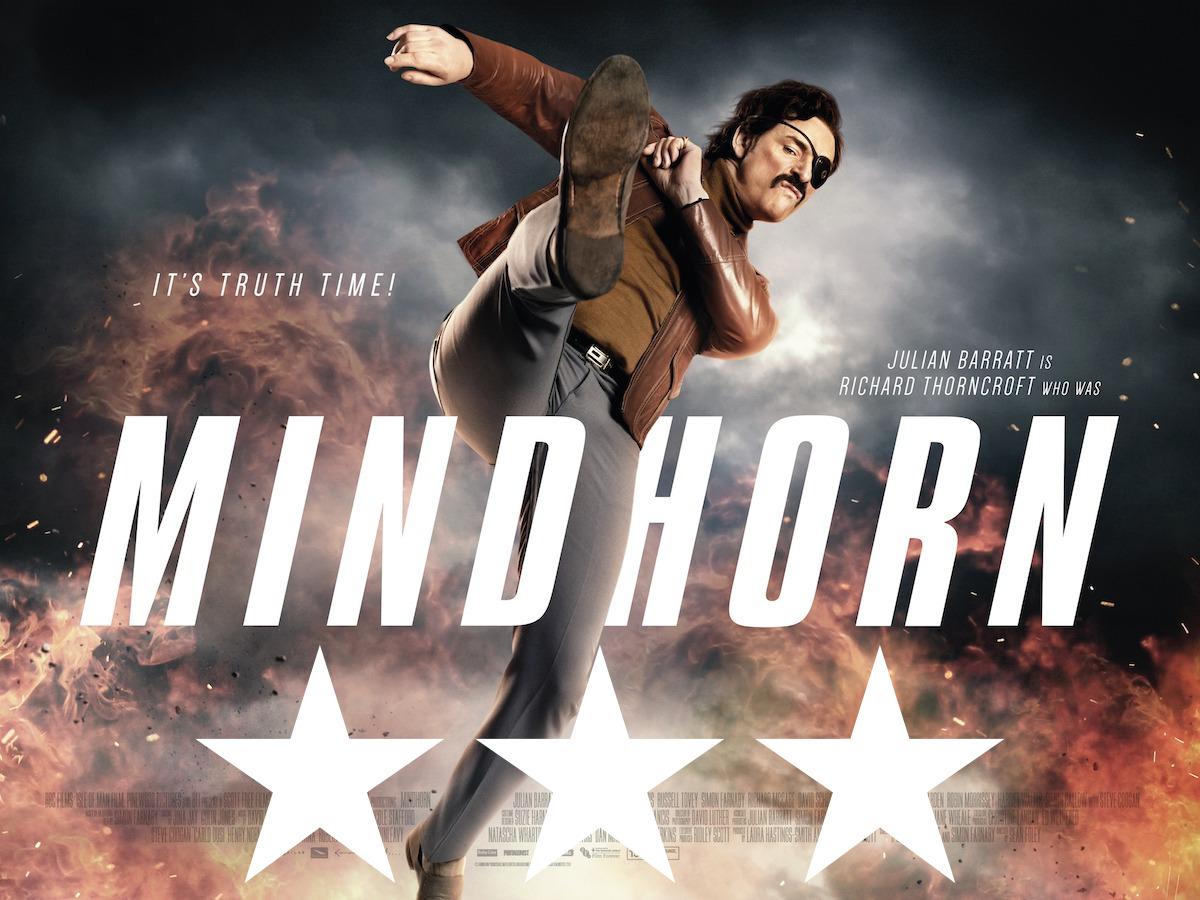 2 responses to “Mindhorn: These fair Isles”