Postmodernism is a trap. Linguistically it defies definition, that post- positions it as a critical framework that can only be defined by its relationship to modernism. It also presents itself as the end game of criticism, how does a culture evolve from a postmodern one? Would that be a post-postmodern world, it’s too linguistically clumsy to suggest seriously.

Which is a trouble because over the past let’s say year or two it has become increasingly obvious that a postmodern read of today’s world is one that is fundamentally incompatible with its true nature. Postmodernism is the meaning killer, a postmodern world is one of purposelessness and obfuscation. Life is suggests, as nature, has become overwhelmingly chaotic and meaningless, we are losing our grip on the real. By engaging with our environment through channels intended to destroy sensation we are living in a reality divorced from the authentic. 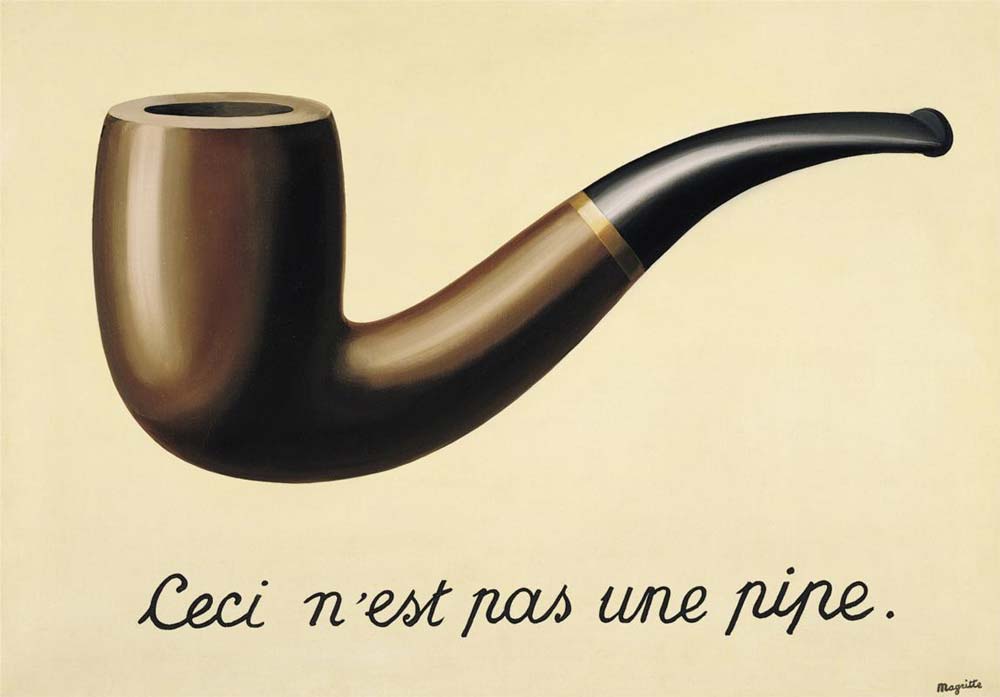 Foucault writes about Magritte’s painting The Treachery of Images, an early work, foreshadowing the postmodern age. In a postmodern world the painting is self evident, its caption correct. Today it is incorrect. Not because the respresentational nature of the image described by the caption is enough to defy it, but because the purpose of the image is the same as that of a physical pipe.

We were all so distracted by our distance from reality that we never noticed that reality doesn’t exist anymore. It is not useful to determine the difference between a representation of a pipe and a real pipe, both only exist as a function of the information they relay to the individual. Magritte suggested that his was not a pipe because it could not be stuffed and smoked, it is now meaningless that the physical object can.

Like plots on a graph then, each point of information we encounter is now a distinct entity, untrapped, unbound, the relation of any point of information to any other is irrelevant to the audience. Therefore there is no debate to the nature of reality or irreality or truth or lie. All exist simultaneously, none more valid than any other.

To reflect this new world then an interpretation cannot be bound by the figurative notion of an objective perceiver of reality. To do so would be to diminish the possible meaning derived from the information we are presented. To do so we must persistently reject the false notions of time, geography and all other barriers constrained by our narrowminded obsession with the physical.

If this sounds rough, that’s fine, I’m just roughing it out. Don’t even have a name for it yet. This’ll be the first in an ongoing series though where I map out this thinking and how we can see it expressed in the world around us.