I didn’t write a review of Passengers at the time because I was busy and lazy. I got thoughts though.

It was a film I actually saw in the cinema with family, they left the theatre thinking it was a functional (if forgettable) action sci-fi romance. I left convinced that the position the film takes is an immoral one. You absolutely don’t get to make the choices made by the filmmakers here and come out squeaky clean. When taking a holistic view on a film, understand that all the things that it does well, it does in service of the iniquity at its core. As such, the more persuasive a film manages to be in articulating its message, the more dangerous it is, the worse it is.

Let’s move on to the specifics of what makes Passengers so wrong. The wrongness of the plot centres around the film’s desire to excuse Chris Pratt’s character’s central action; waking up Jennifer Lawrence’s character and wilfully misleading her into starting a relationship with him. That’s not to say a plot revolving around this concept could never work, Passengers just fundamentally mishandles it.

Let’s take an allegorical look at the film for a moment. Chris Pratt’s character represents Man, Jennifer Lawrence’s Woman. The film is inviting itself to be read as a diorama of how man and woman relate to each other, by stripping the world of all other individuals, it channels its focus down to that. The film closes on a happy ending, Man and Woman are together and have born a new Eden into a formerly sterile world, the suggestion is that what the film presents is a successful relationship. One which can be modelled in reality.

So, what then does the film have to say about Man and Woman. Man is motivated by a need for sex. Woman is motivated by a need for companionship. Jim is first drawn to Aurora by her beauty, her to his personality. Man takes the dominant role in the relationship, Woman the submissive. Look at how, through the entire runtime of the film, Aurora has no active agency. She is never the one to discover, or learn, or plan. Either Jim instructs her, or she makes these purely reactionary decisions to the situation she finds herself in. Man is expected to enact physical labour, Woman is expected to enact emotional labour. The climax of the film presents Jim doing physical work on the ship exterior with the venting system. Aurora’s task is to enact the emotional labour of pulling the lever that might end up killing him.

Now, we can say the propagation of these sorta shitty stereotypes is bad for everyone, but let’s get real here. It’s worse for women. Now, the film is clearly adopting Jim’s point of view throughout, so we can’t really view it as an objective lens (even though textually the narrator is Aurora, because whole aspects of this film are messy and confused, but anyway.) Let’s look at how the film represents the two characters experience of space crazy. Jim mental state at the opening of the story is pitiable, we are expected to empathise with him, because men suffer alone and in silence, respectable. Aurora’s outbursts are depicted as unhinged and violent, we are never invited into her mind during these moments. The film chooses to depict Jim as a victim of her mental state, both emotionally and physically, and this all then ties into the wider historical presentation of women as hysterical. Both in the standard misogynist sense, and the phony 1800s medical misogynist sense.

Even when the film is struggling to pull itself out of the ethical hole at its core, it makes another bad bad decision. Larry Fishburn’s character Gus shows up, his character has almost nothing to do in the film, existing as a sole function of the plot, provide enough exposition to the audience to suitably set up the climax, then he dies. The one meaningful interaction he has is that one scene where he tells Aurora that she should forgive Jim, I think the line is, ‘any man would do the same.’ Which one, shitty, and two, Aurora isn’t even allowed the agency to make a decision regarding Jim, she has to have a guy well her to. Which, why? Why is that a good idea?

In the end, they end up together, because of love. However, the film has never presents any compelling alternative. Jim’s first bedroom has a single bed. The luxury room has a double. The tables in the many restaurants are set for pairs. The games they play are designed for multiple people. There are two space suits. The design of the film suggests a world in which coupledom is the only solution and then traps its way into an ending totally inappropriate for its setup.

It is a film that is fundamentally incurious about its only woman character, and fundamentally uncritical of its male lead and the sexist assumptions that make up its interpretation of relationships. I’m gonna say it deserves all the hate it gets. 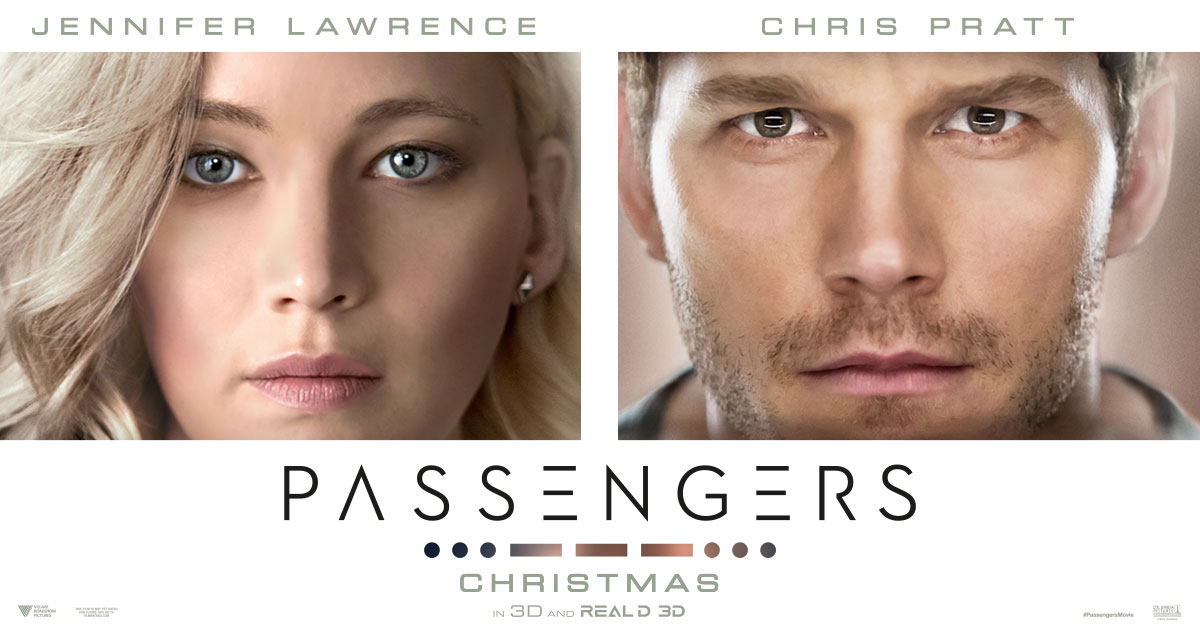