Manchester by the Sea

I count myself lucky as someone who has never had to seriously grieve. Like, I’ve engaged in it, speculatively, voyeuristically. Joined in the ashes when our icons die. The news of Robin William’s passing spread a cold wave through my university campus a few years ago. I never felt that attachment, in my own life I heard that David Rakoff died. That hit harder, his writing occupies a piece of me which stopped in that instant, the rest of me kept going. My grandfather died too, at a point where I was old enough to comprehend what that meant but not enough to catch him in my reflection when I look sometimes.

The plot of Manchester by the Sea don’t really matter, Casey Affleck plays Lee Chandler, a handyman who finds himself in the care of his brother’s son after his untimely death. He struggles to cope with the responsibility of parenthood, making arrangements for the future and navigating the relationships with the residents of the hometown he left behind. The plot exists in order to explore this sprawling tapestry of grief. It’s spectacular the detail it goes to in capturing this.

This is why the actors here are getting all this acclaim. These are some undignified performances by just about everyone here, might be trite to say the mourning ain’t dignified but fuck it. Kenneth Lonergan’s script provides them all with all this emotionally challenging material and then asks them to be funny on top of it. They manage it too, and the frequency at which scenes resolve into these crazy jokes never undercuts the emotional honesty that the actors are trying to portray.

Which I guess, is important. Despite how this is reading it ain’t a dull humourless slog that it could be. It is a film of astonishing life and character. Which? gives equal time to a teenager’s inappropriately timed attempts at banging his girlfriend as it does everything else because it realises that it’s as valid a reaction as everything else. And Luke Hedges fucking sells it.

I don’t think I have too much to bring to Manchester by the Sea. It does all the heavy lifting itself. It is a perfect empathy machine, constructed in such a way as to try to get you to comprehend these circumstances. Not understand though, it’s very clear on this, grief is un-understandable, sitting on so many people in so many different ways. Even before the death that kicks the plot here into gear, you’re struck by the webbing of loss draped over these characters. How is it possible to continue when even the unspoken acknowledgment is that the ties that bind us together reach a point when they only get weaker?

What can I say but, ‘see it’? Seriously, what? You’ve probably heard about it and it’s probably what you heard and more. Hopefully I will be blessed enough never to fully understand it. 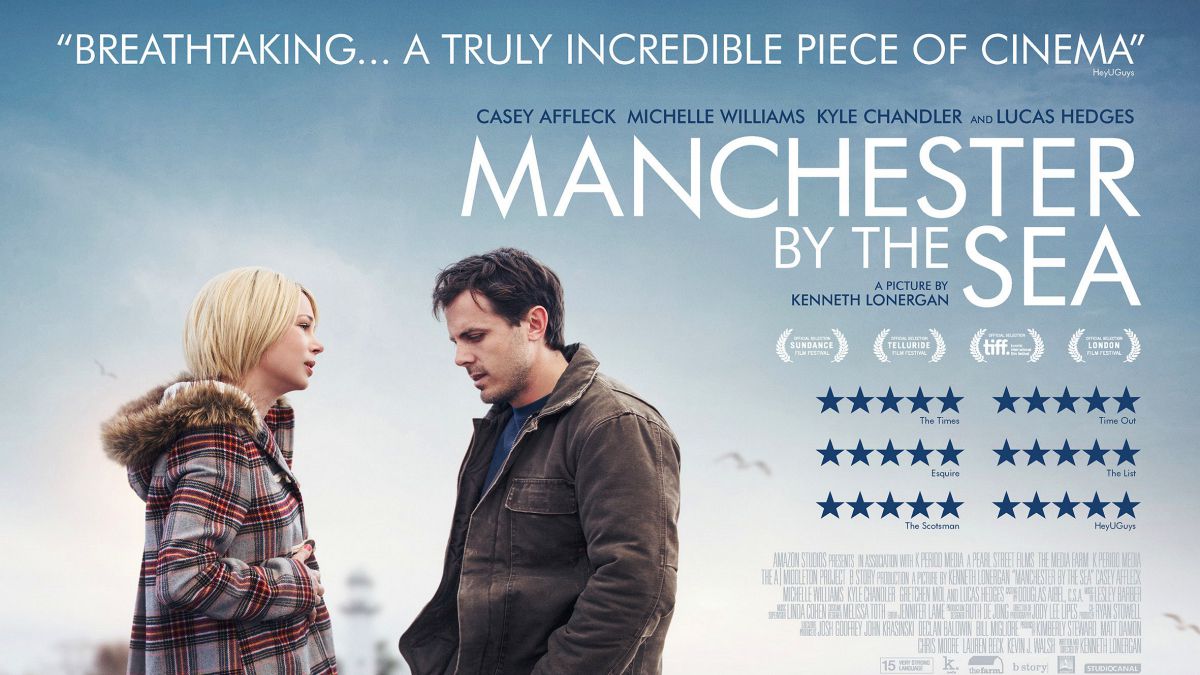 One response to “Manchester by the Sea”