So, the first thing I ever wrote for this website was a sorta review of last years Ricky Gervais joint ﻿David Brent: Life on the Road. It started as a review anyway, over the course of it turned into my dissection of the way the artist chooses to handle the character and the recent career moves of Gervais himself.﻿

I ain’t really that keen how either of them have been going, at least Gervais’ television had been decentering him and highlighting Karl Pilkington who at least isn’t a legit awful person. The both of them are boring centerist fools though, at least Stephen Merchant gets to go around being interesting. 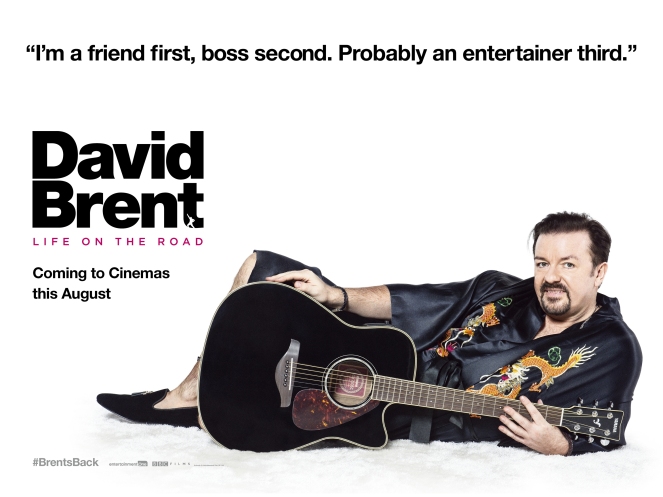 I suppose that’s because he let it go. Maybe it’s just inevitable but Merchant seems like the Office guy and Gervais the Brent man. Now there’s nobody off camera to tell the dude to stop. He’s got so much licence now that he’s pretty much the sole author of his works.

I still maintain that David Brent can be a good character, though I doubt he should ever return in his current form. So long as his depiction lays in Gervais’s hands he’ll never be in anything good ever again.

I expect to see him in some shitty insurance ads within the decade.

So yeah, read my full take on David Brent: Life on the Road here. It’ll be more engaging than the film itself, because be honest you’d forgotten it even existed.